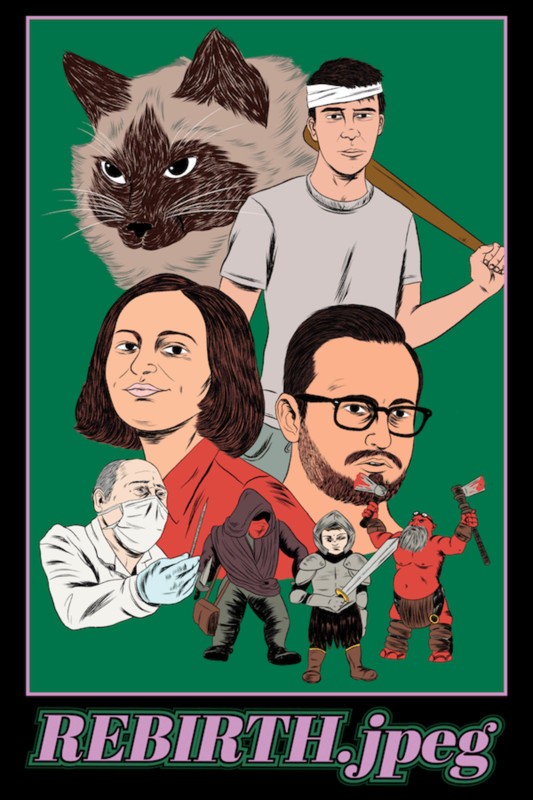 Highs and Lows: Five films that take you on a ride.

The perpetually adolescent Murph tries to keep his brother and his brother’s fiancée from seeing pictures he photoshops of her giving birth to him while living in his brother’s house.

The film features baseball, Dungeons and Dragons, a cat named “Cookie,” 1980s style power-ballads, and was based on a post from the internet forum 4chan.

There’s this image that’s been circulating on Internet forums for a few years. I think most people who saw it thought it was weird or really disgusting, but I saw a real person in a tragic situation.

This film attempts to piece the details together of that persons life and tell a story that is truthful, sad and very funny. I grateful to the amazing group of collaborators that gave me the courage to tell this strange story.

Elias ZX is a Brooklyn-based filmmaker and programmer. Their work often deals with our relationships to technology, each other, and the moments those relationships seem to intersect. They have worked in a variety of different mediums and their work has been showcased around the world in cities like Seoul, Berlin and Portland. They also founded Long Distance Film Festival, an online festival that aims to connect seemingly disparate films together in front of an international audience.

They live with their partner and cat, “Birdo Birdie ‘Birdy’ Troutman.”