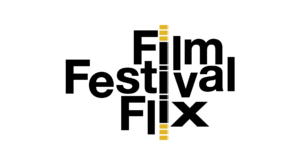 The 11th Annual Queens World Film Festival will be live, virtual, inside, outside and everything in between! Queens World is set to return to the Museum of the Moving Image and Kaufman Astoria Studios while extending our vision to include events with partners across Queens around the world. We will work with our physical venues to adhere to whatever regulations are in place.
We are also pleased to announce that we are streaming the entire festival on Film Festival Flix, an extremely popular niche film festival streaming platform. Beyond providing an exceptional user experience, Film Festival Flix is committed to helping film festivals grow more diverse, global audiences through awareness, education, and availability.
Available wherever you purchase your apps, Film Festival Flix wants to let the whole world know that no matter which phone, tablet, or TV you choose, no matter which operating system or app store, Film Festival Flix has a watch option for you.
PreviousNext
12345678910

Museum of the Moving Image

Where: 36-01 35 Avenue, Astoria, NY 11106 – View on Google Maps
Website: www.movingimage.us
What: The prestigious Museum of the Moving Image (MoMI) in Astoria, where ‘film comes alive’, features two spacious theatres where films are screened daily – The Red Stone Room, with 267 seats, and Bartos Room, with 68. Known as the only museum in America devoted to showcasing an extensive collection of the art, history, technique, and technology of moving images, MoMI is a truly welcoming destination, unlike any other.

At the height of the Queens World Film Festival season, hotels across Queens are excited to offer discount rates to festival guests. Over the years, dozens of hotels have enjoyed hosting parties, screenings, panels and other special events. We look forward to working with them again when we welcome the world back to Queens.