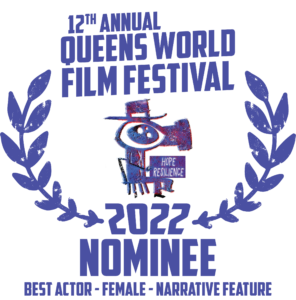 The Two of Us: Four films that remind us what it is alllll about.

A mysterious riddle pulls two city-dwelling activists into the wilderness to rescue one of their brothers from his obsessive hunt for a fabled family treasure. What they won’t admit, even to themselves, is that they too harbor a shred of hope that the treasure might be out there.

Produced safely during the midst of the pandemic in a 1930’s log cabin on the Appalachian Trail with an on-set cast/crew of six people and a self-financed $8,400 production budget, Here For Us is as barebones and DIY as it is ambitious. Shot by a first-time, female DP with a female and BIPOC, Queer led cast, it is a deeply personal project about family, both blood and chosen, made by a small family of friends. Our process and purpose were inextricably linked and we hope it shows.

Brendan is a filmmaker from the East Bay Area of California. He has been making movies his whole life. This is his first feature. He wrote, directed, edited and starred in it. He was also a one-man crew on a 60-minute mockumentary currently in post, has written two series pilots and is writing his next feature.