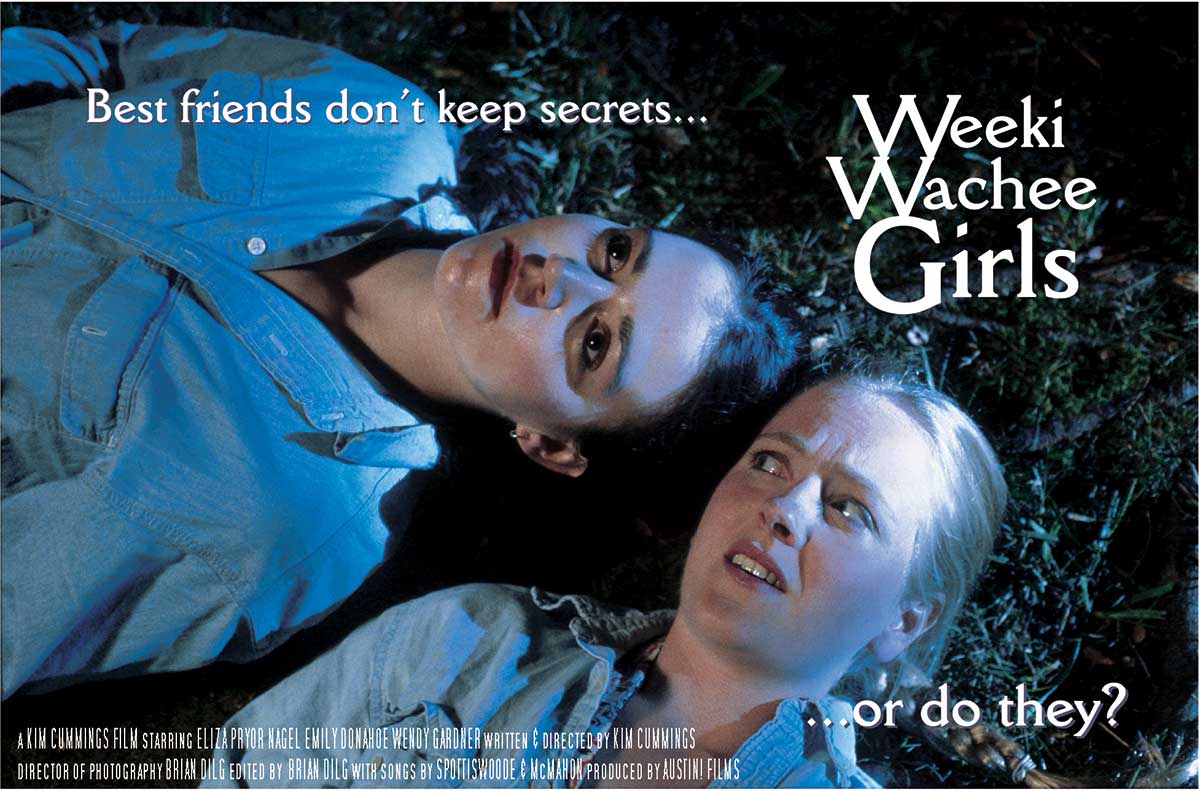 We Are Who We Are: Two films about self discovery.

Best friends forever, Katie and Maura have dreamed of being part of the live mermaid show at Weeki Wachee Spring for as long as they can remember. It’s the summer of ’79, they’re fifteen and everything is changing; especially when Katie discovers Maura kissing another girl.

Kim Cummings is thrilled to present the 4K Restoration generously completed by IndieCollect of “Weeki Wachee Girls,” her first film. Her most recent film, “Ordinary,” a 4-minute dance film made in collaboration with her daughter, Celine Bassman, picked up the award for best dance film at the 2021 San Francisco Arthouse Short Festival, and played in several festivals around the region, including QWFF. In 2010, Cummings’ wrote, produced, and directed a feature film titled “In Montauk,” which picked up seven awards including Best Director at Toronto Indie Film Fest and the Audience Award for Best Drama at the Woods Hole Film Festival. Richard Propes called “In Montauk” “one of 2012’s indie highlights.” Cummings also directed Kate Greer’s charming short, “That’s What She Told Me,” released in 2011. When it was first released in 2000, “Weeki Wachee Girls” played in over 70 festivals around the world picking up three Best Of Awards and is available on Cummings’ YouTube Channel. Her experimental short, “Flower Of A Girl,” played throughout the Northeast. Cummings has received grants from Queens Council on the Arts and the Long Island Film/TV Foundation and was a finalist for the WIF Foundation Post-Production grant. She has also served as a juror for Queens Council on the Arts and a panelist on filmmaking panels and grants panels for various arts organizations. Distributed by FilmHub, “In Montauk” is available through several outlets including IndieFlix, AmazonPrime, and Vimeo. Cummings is currently in pre-production to direct a short film called “Breathing Lessons” by Susannah Nolan.