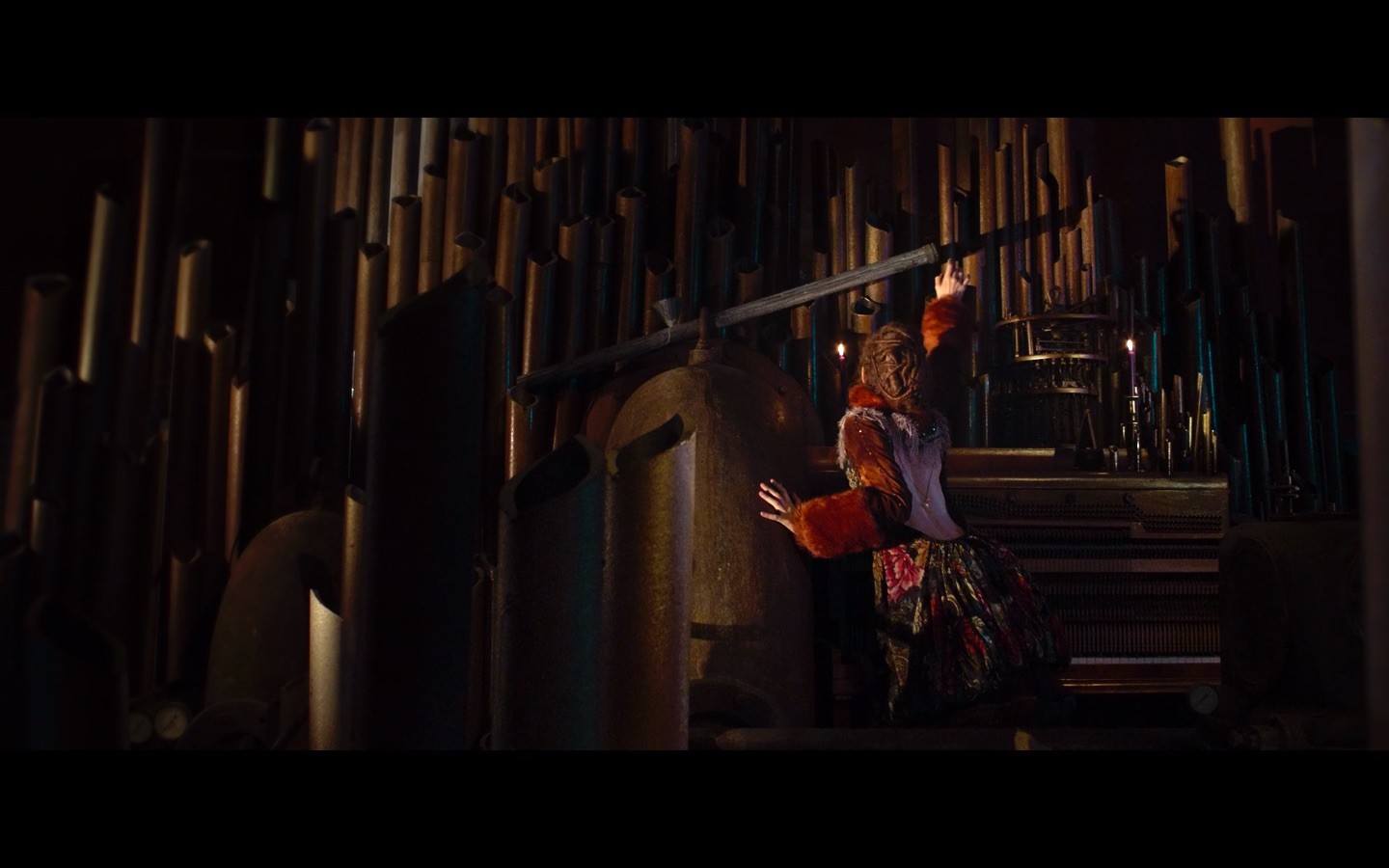 A theatre in the rain, people outside crowding to get in. A tired man comes through the stage door where a child -the master of the place- has been waiting for him. Engulfed in that theatrical machinery and caught up in the beguiling cogs of time, guided by some unknown force, the man plunges deep into a maelstrom of many faces…

Freely inspired by Dante’s “Divine Comedy,” “The Secret Walls” is a wordless tale with multiple trajectories leading to a key point: an entry on stage.
Everything seen and heard in the film, from objects to lights, bodies to elements, is treated as an entity, loaded to the brim with a powerful symbolism directly derived from the “Divine Comedy” and transposed in such a way as to meaning in our world today.
Like Dante’s work, the film conveys a certain form of surrealism: a dream, a madness.

Above all, “The Secret Walls” is a film about the difficulty of being, about limiting time and body, and about a man’s attempt to transfigure and sublimate their tyranny.

The idea of metamorphosis, very important in the film, struck us as close to this idea of going beyond a limit; indeed, that’s often our change of outlook on things that allow us to overcome them. Thus we join the subject of the “Divine Comedy,” which is, finally, the story of a great metamorphosis from hell to an inner paradise.

By evolving our main character in the belly of a theater, guided by a child with unlimited powers and three women like so many Beatrice, we wanted to make his inner journey, his wanderings and his struggles, a multi-dimensional path, between reality, a spectacle in creation and pure imagination. A strange, colorful, and rustling path, leading him from the artists’ entrance to the studios, from the warehouses to the dressing rooms, and backstage to the stage, interspersed with shots in timeless places and landscapes. A journey into the cogs of his soul.

After studying cinema at the University of Paris 8, Jean-Marie Gatin began directing in 2009 by creating short humorous formats, the filming of Parisian concerts, and the production of television reports. In 2010, he began working on film sets as a decorator assistant or accessory assistant.
From 2013, he directed “Fumer Tue,” a docu-fiction emphasizing the spontaneity of the actor in a story of friendly inertia.
A year later, Jean-Marie begins to explore the theme of isolation in his scripts, whether it be a choice or a psychological hindrance. To this end, he is inspired by a short story by his brother Olivier Gatin and directed “Préambule,” a dark short film about the pain of a man who can no longer stand himself.
In 2017, he created the Racines Communes association in Cévennes, intending to establish many artistic residences and an exhibition space. There, he created with Mélissa Martin the festival “Les Arts prennent Racines” that highlights young artistic creation from the region and elsewhere and organizes video production and writing workshops with young lost people to introduce them to this profession.
In 2016 he met Anne, Lise, and Aude Charrin, with whom he has been working for four years to complete the production of the short film “The Secret Walls.”

Anne Charrin, born in 1983, first studied the history of art and plastic arts. She obtained two licenses in 2004-2005 then turned to space and its artistic staging. After training in space design, she continued training in architecture at the National School of Architecture in Paris la Villette, from which she graduated in 2010. For 10 years, she has worked as an interior designer and scenographer for the Pustetto workshop, specializing in events, exhibitions, and luxury. She also works as an artist-author for various projects and enriches his work by collaborating for several years with various artists to realize sets, installations, and staging. Lover of fine crafts, she has been following since 2019, in addition to her work as a scenographer, training at the Ecole Boulle (Paris) in cabinetmaking, to perfect her knowledge in the design of furniture and objects.

Lise Charrin, born in 1986, studied music at a very high level at the Conservatoire National Supérieur de Musique in Paris, where she obtained two Masters – piano (2012) and artistic education (2016). Along with her life as a classical musician, she explores other paths: theater music and writing, writing presentation texts for recordings, or co-translating Kim Un-Su’s Korean thriller “Hot Blood,” released in France in January 2020 and critically acclaimed in newspapers.
The short film “The Secret Walls,” for which she is an artistic director with her sisters Anne and Aude, is based on Dante Alighieri’s Divine Comedy, from which she tried to extract, after many months of research, a new meaning symbolic and poetic, transposable to the image.

Aude Charrin, born in 1989, studied architecture at the Paris La Villette National School of Architecture and obtained her diploma in 2012. After a few months of professional practice leading her to work in India and Africa on the start-up of projects linked to ecology and local populations, the desire to listen to the language of her own body and to tell stories became vital.
She met contemporary dance in 2013 and since then has taken numerous contemporary dance lessons and participated in many choreographic projects. Since 2015, she has entered the world of cinema, this great storytelling factory, where she works mainly on sets, in different professions. She explores another side of the world of decor with the design of a structure for a circus show in 2019.
Along with all this, she writes a show inspired by The Divine Comedy by Dante Alighieri, with her two sisters Lise and Anne. From this work is born an aesthetic universe that must be explored and put into images. In 2020, this led to the co-directing and self-production of the short film The Secret Walls, which is for her the opportunity to realize her love of manufacture, teamwork and to discover cinematographic directing.

The Blue Bed
Scroll to top