STONEWALL: THE MAKING OF A MONUMENT 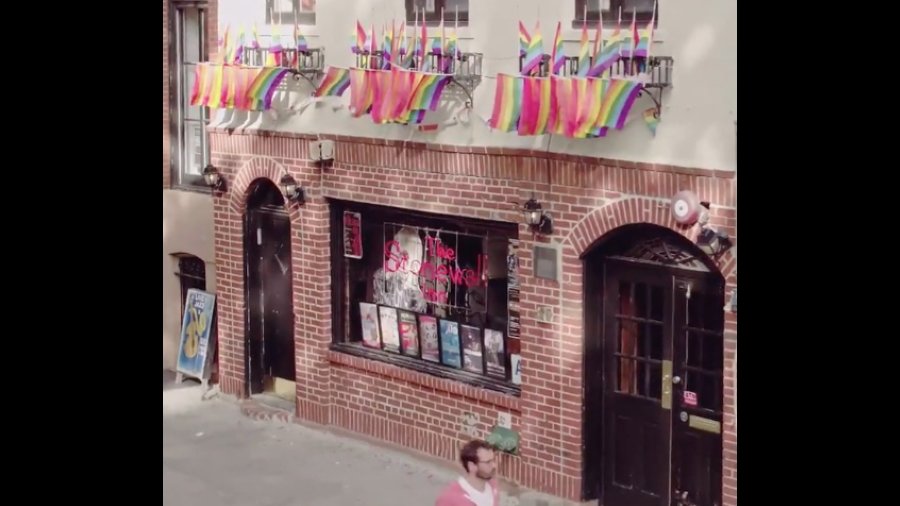 Synopsis
Ever since the 1969 riots on the streets outside New York City’s Stonewall Inn, LGBTQ communities have gathered there to express their joy, their anger, their pain and their power. This film explores what more than half a century of LGBTQ history in the United States looks like when viewed through just a few blocks in New York City’s Greenwich Village.

Director
Cheryl Furjanic is an Emmy-nominated filmmaker whose documentary and fiction films have screened at 150+ festivals worldwide and on television. Her most recent feature documentary, Back on Board: Greg Louganis was broadcast on HBO and nominated for an Emmy Award and Producers Guild of America award in 2016. The film also gained critical and audience acclaim on the film festival circuit, screening at over 40 festivals worldwide and picking up eight awards. Back on Board was selected for the American Film Showcase, a program of the U.S. State Department that brings award-winning contemporary American documentaries around the world offering a view of American society and culture as seen by independent filmmakers. In 2014 she was named to the OUT100—Out Magazine’s list of the most compelling LGBT people of the year. Her feature documentary, Sync or Swim (2008), premiered at the Slamdance Film Festival. It went on to screen at MoMA’s Documentary Fortnight and other festivals and received numerous awards including a Billie Award for Journalism from the Women’s Sports Foundation. Her early short films include A Good Uplift (2003) a documentary about a Lower East Side corset shop and the LGBT film festival hit Bar Talk (2002) a comedy fiction film about women in bars who are too cool to talk to each other. Though she has worked in many different filmmaking genres, there is a through-line in all of her work of heart, humor, and hope in the face of uncertainty.

In the early morning hours of June 25, 2011, I had just returned to New York City from a documentary film festival in Washington. Just a few hours before, the New York State Legislature had voted to legalize same-sex marriage for people like me and the celebration outside the Stonewall Inn was still going strong. I took a taxi straight downtown — suitcase and all — to join in. I made it home several hours later with the excitement of our community in my heart and a pink feather stuck to the wheel of my bag. Gatherings of LGBTQ folks near the Stonewall bar are nothing new. Beginning just one month after the June 28, 1969, Stonewall uprising, and continuing to this day, Sheridan Square and Christopher Park, just across the street from the bar, have become a place to express our joy, our anger, our grief, our pain and our power. Inspired by the street kids, trans folks, gender-nonconforming youth, drag queens and allies who fought back at the police raid that started the uprising, activists and community members have been gathering in the shadow of the Stonewall for 50 years to say: “We are LGBTQ people. We exist. See us, hear us. We demand our rights.” This film explores what more than half a century of L.G.B.T.Q. history in the United States looks like when viewed through just a few blocks in New York City’s Greenwich Village. If this pavement could talk, what would it say? Every gathering depicted in our film (from 1969 to the present) either took place in the area around Stonewall or was an event that began or ended there. From protests, to celebrations, to vigils, to personal pilgrimages, this small piece of land has become a sacred space with a magnetic pull for LGBTQ people from around the world. It has been a monument to our resistance and our resilience, since long before the National Parks Service declared it so. The Stonewall uprising was the match that ignited what was then a fragile civil rights movement. This film tells the story of the courageous New York City queers who have been guarding and tending the flame — on those same city blocks — ever since.