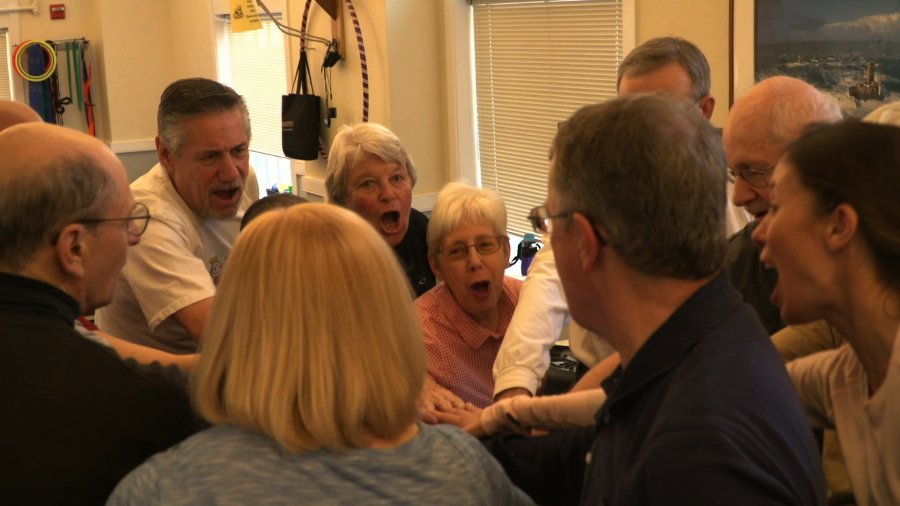 Synopsis
Third Wind is a way of looking at ageing, urging us to realize that no matter what barriers we face — in this case, it’s Parkinson’s — that we need never count ourselves out; that we can surprise ourselves with tenacity, grit and resourcefulness.

Director
Peter Barton is a veteran documentary filmmaker with three Emmy nominations and three CINE Golden Eagle awards to his credit. He received the Edward R. Murrow Award for Names Can Really Hurt Us, a CBS-TV special used in the classroom to combat prejudice. His improvisational feature, The Suicide Auditions, was named best fiction film at the Georgetown Film Festival. Barton was politically active in the late 1960s, making radical films with Newsreel. He collaborated on Janie’s Janie, a landmark movie of the women’s liberation movement that was shown at the first Women’s Film Festival in 1971. This film was recently honored with a screening at Lincoln Center; along with another Barton film, Eddie, it is in the permanent collection of the Museum of Modern Art. His work has also appeared on HBO and Showtime. In 1978, he formed the nonprofit, Groundswell, Inc., “to amplify the voices of the disadvantaged using cutting-edge media.” Barton has taught film production and screenwriting at New York University, Bennington College, Columbia University, and Brooklyn College. He is a graduate of Dartmouth College, holds an M.F.A. in playwriting and directing from Yale School of Drama, and served in the Peace Corps in Chile.