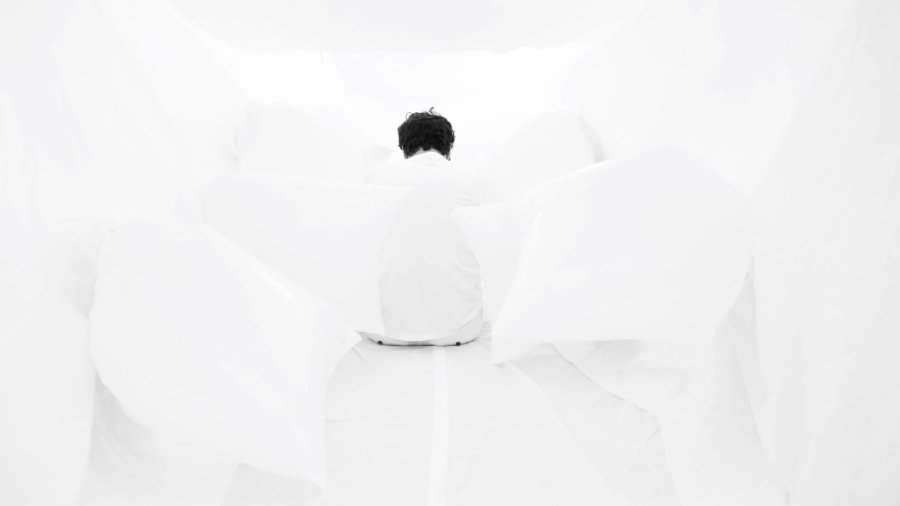 Synopsis
Noisy, Violent, Streams of Silence, is a single channel video that includes a 10-minute, black and white video. The video, presents a space within the psyche of the subject in the video. The subject (person/performer) is one (or someone) whose unconscious mind is being exploited metaphorically, through neoliberal coercion that implants, absorbs, and collects information from the most sacred places as a means of control and capital gain. In short, the video displays a person’s attempt at idiotism that is, to remove one’s guard, and think or express some resistance against the norm to protect one’s silence.

Director
Christopher T Bianchi’s work lies between video art and cinema. Through video, installation and sculpture, he creates abstract videos that connects built environments with the unconscious space of the psyche. He earned his BFA in Studio Arts (painting) from Concordia University, Montreal, Canada and his MFA in Art + Technology from University of Florida, Gainesville, Florida.