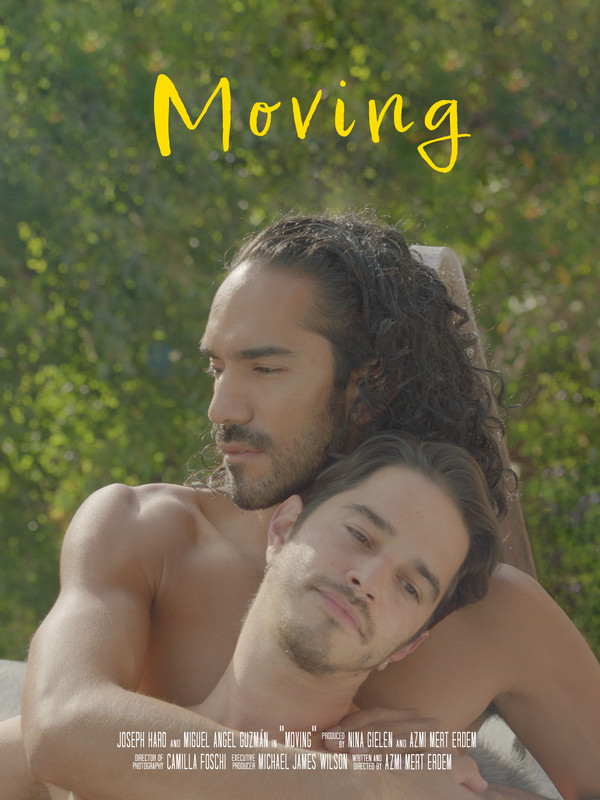 Baggage: Five films that remind us that sometimes you just have to let it go.

“Moving” is a queer dramedy short film about Sean and Max, a gay couple in an open relationship, and what happens when Max’s hot hookup, Kai comes to lend a hand with their move.

I wanted to tell a story of a queer relationship that would challenge the stereotypical portrayals so common in straight and gay cinema. My aim was to depict three-dimensional queer characters in a non-hetero/homonormative relationship rarely seen in mainstream films. Likewise, I wanted to tell a story that pays homage to different queer films and genres to which my film is indebted. With Moving, I hope to shine a loving light on the tensions but also the pleasures of queer relationships, side-stepping stale tropes about jealousy and betrayal. The humor and fantasies in the film invite viewers to bypass snap judgments and identify with Sean and Kai.

We are proud to have been able to assemble a cast and crew comprised predominantly of queer people and/or women—groups that are still heavily underrepresented even in indie filmmaking.

Azmi Mert Erdem is a New York-based, Turkish-American multidisciplinary artist, working with video, photography, performance, and installation. Mert has worked as a director, assistant director, and cinematographer in television series, feature and short films. He has written and directed award-winning short films featured in international film festivals. His photography, video art, and installations have been exhibited internationally. He has also created short documentaries for artists and art institutions.

Mert graduated with a B.A. in Film and Television with honors from Istanbul Bilgi University, Turkey. He attended the One Year Filmmaking Program at the New York Film Academy, where he worked as a Teaching Assistant upon graduation. Mert completed his M.A. in Liberal Studies from the City University of New York, Graduate Center focusing on film studies and LGBTQIA+ representation in the cinema of Turkey.