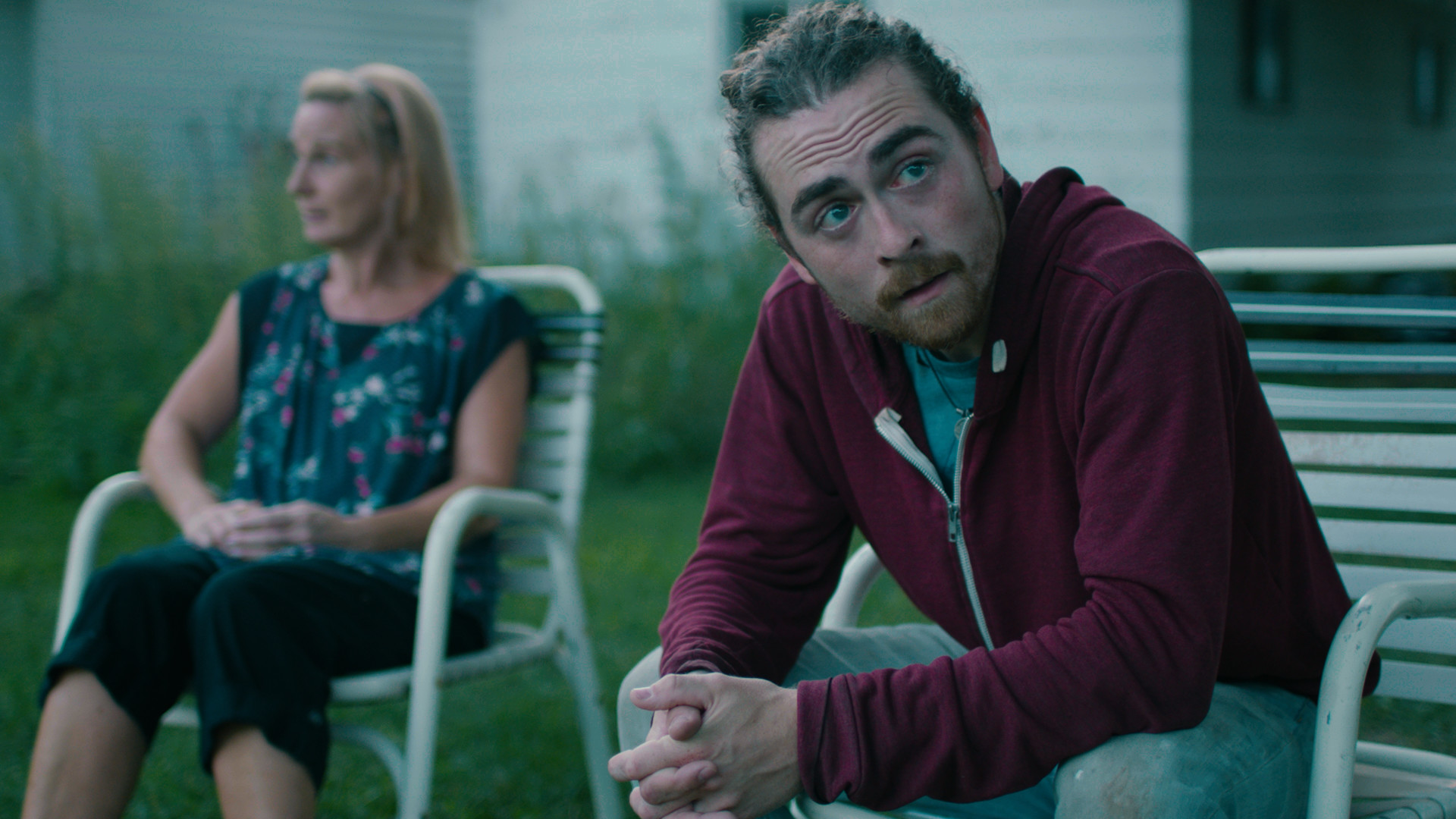 A Mother struggling with mental illness and financial strain mentions her plan to impulsively move across the country, again. Her Son learns with each question that he, alone, has literally one-shot to save his mother from a potentially deadly setback. We witness the true story of two complex minds fighting to find love, and their loved one, in the darkness.

In 2014 when I rode my motorcycle out of my mother’s driveway with tears in my eyes, blood pasting my sock to my ankle, my throat raw – I had no direction, no idea what to do, but I did have the crystal clear thought – d*mn, that was like a movie.

I probably said that because I had felt myself become a villain. Because layer after layer of secrets, lies, love, and a lot of pain had come out, twisted and doubled-down. Because it was loud. And silent. Because two people changed forever.

But I didn’t write it down. I couldn’t.

Family life is supposed to be private, hidden – especially when it’s ugly. Right? I couldn’t make it real.

On-the-record. What would the neighbors say? My family? People with “real” issues. I didn’t know anything about mental illness or how to help. Besides, movies are spectacles, not conversations.

I hid it because I was afraid.

Honestly, things with my mother only got worse.

It was hurting more and more. For both of us. I hid it deeper.

And then, I remembered this one night when a girlfriend’s mother was sitting at her dark kitchen table and asked, “Travis, does my son hate me?” This was my girlfriend’s brother, whom I didn’t know really well, but, BUT – it was like I was struck by lightning – I knew exactly what she meant.

“I don’t know what I did. He’s just irritable; he gets so frustrated with everything I say.”

As we compared notes, like two ambassadors representing Mothers and Sons, I realized what she realized: These private battles and their casualties were not isolated.

How many homes were caught between both genuine, enormous love and the great weights and thorns that tore at them?

Why didn’t I write it down?

I could. And it should be made real. On-the-record. So families and neighbors will talk! So people with these issues, “real” or otherwise, can learn about mental health and how to help!

So last year at this time, in one week, I wrote a literal transcription of that first, watershed evening without judgment, without heroes or villains, without embellishment.

I had come to realize that the fear and shame I felt were small prices, necessary prices to pay, for what could be a project that depicted the reality of a specific Mother and Son accurately. That depicted mental health imbalances, generational imbalances, conflicts of upbringing, conflicts of future decisions accurately. Warts and neighbors and lies and breakdowns and disability insurance and all.

And readers of that script were moved to – had permission to – do the best thing of all: share their own story.

Fear breeds fear. Truth breeds truth. And that is the most important.

Told in a continuous shot from sundown to dark, we used the very language of cinematography to trap them in the conversation – no cut to relieve the characters, or the actors, or the crew from the truth.

I hope that you and the audience of your film festival feel empowered by our film to share their own stories, to navigate the tricky waters of mental health and challenging family dynamics so that we all can find more healing.

Born in December 1990, Travis Carlson made numerous amateur feature films as a teenager before shifting to short films at SUNY Buffalo State. While working for NFL and NHL teams, he’s created award-winning commercials, documentaries and sold his first narrative short film in 2017, Ride of Your Life, after screening in the SFC of Cannes.

Travis and the other grassroots filmmakers of the Pan-American Film Division seek to bring vibrancy to the overlooked city of Buffalo, New York. To help create a new, stimulating narrative of the region.