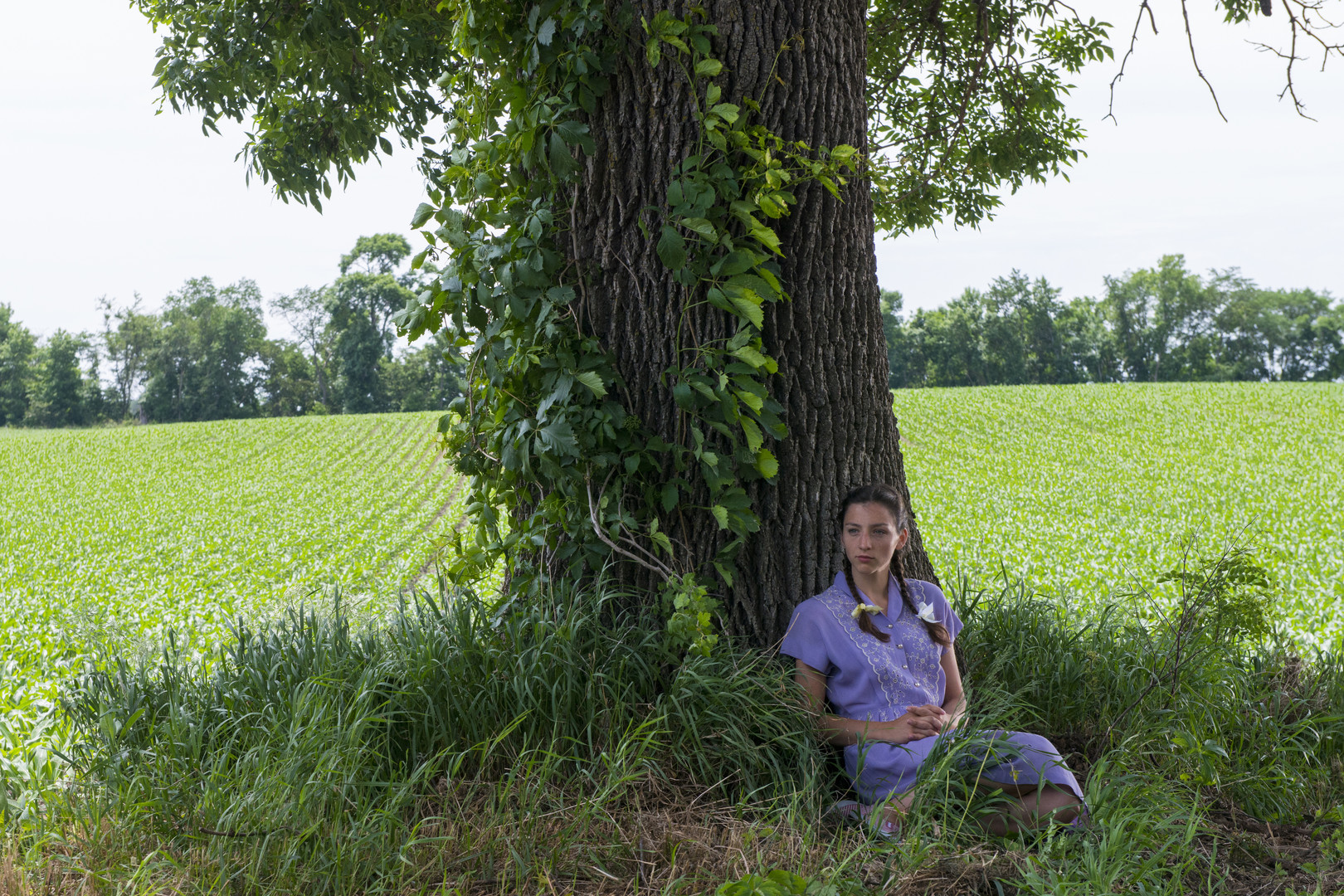 In the days of the Great Depression, a disfiguring factory accident and a miserable home life compel Violet Mathers to leave Kentucky for San Francisco. Her plan: to be the second suicide off the Golden Gate Bridge. Now in her senior years, Violet reflects on her rescue by two musicians — one white and one black — whose invitation into their rollicking, anything’s possible world she accepted, giving her a life vivid with song, love, and the occasional miracle. Screenplay by renowned author Lorna Landvik, based on her novel of the same name.

I read Lorna Landvik’s novel “Patty Jane’s House of Curl” in 1995 and thought it was one of THE most enjoyable books I’d ever had the pleasure of reading. Landvik is a renowned and beloved author of 12 novels. “Oh My Stars” is Landvik’s first screenplay from one of her books to make it to the screen. When invited to direct and produce a short-film version of her book, I was over-the-moon delighted. In preparation for filming, I, of course, read the book and was struck by the beauty, humor, and heartfelt theme: overcoming adversity.

Although set in the early 1930s, Violet’s story is profoundly relevant today, considering an ever-increasing awareness of women’s inequities, people of color, and disabled people continue to endure. Violet’s story is hopeful; it is because of her strength and ability to adapt that she not only triumphs over adversity, but she does so with dignity.

I think it was important that a woman direct this film not simply because it is a woman’s story–but because I was keen to keep the depiction of Violet’s life from becoming an “idea” of what it is to be a female dealing with adversity; because while women are emotional–they are also incredibly resilient. Despite finding herself on the brink of despair, Landvik’s Violet is a young woman with a strong backbone. She was someone I could admire, particularly because, as a young woman, I had to overcome the same crushing burden of not feeling “good enough.” I, too, was an isolated teen who felt very much like an outsider. I think those parallels made me the right woman to direct this film.

The film screened for cast, crew, and donors on June 15th, and the response was overwhelming. At the post-screening reception (and subsequent online contributions), a donation box garnered $1,800 from viewers eager to (help) offset our film festival fees. What an incredible vote of confidence from the audience! I hope that viewers across the country see this film and that someone falls in love with this story the way I did–and will consider financing a feature-length version of the film.

The film was shot in Minnesota: Twin Cities, New Prague, as well as Arkansaw, Wisconsin, and met the mission of employing a majority percentage of women on the crew.

There are also three original songs by Wendy Smith of the Zillionaires. The Zillionaires play engaging original music and blues, country, roots, rock, surprise-me covers. A guitar band with the occasional accordion, horn, or who knows what thrown in the mix, the group was originally formed as The Thistles and was a forerunner in the Minneapolis alt-country sound.

Cynthia Uhrich has a broad-reaching scope of experience and knowledge in the film and acting business ranging from acting to teaching, writing, producing, casting, and directing. She resided in Los Angeles for eight years, where she augmented her Bachelor’s Degree in Theater with professional acting training and worked as a production assistant on commercials. She was a member of SAG and AFTRA for 24 years. She currently lives in an artist’s loft in the arts community of Lowertown, St. Paul, Minnesota.

In 2012 she created IN THE MOMENT FILMS, fiscally sponsored by Springboard for the Arts, with the mission of employing Women both in front of and behind the camera, with an eye towards telling original stories featuring women on topics of social significance.

She has been serving as a screenwriting and short story judge for the NYC Midnight competition for over two years. She has co-written a memoir with famed musician BrownMark of Prince’s The Revolution band, published by the University of Minnesota Press and released in September 2020.