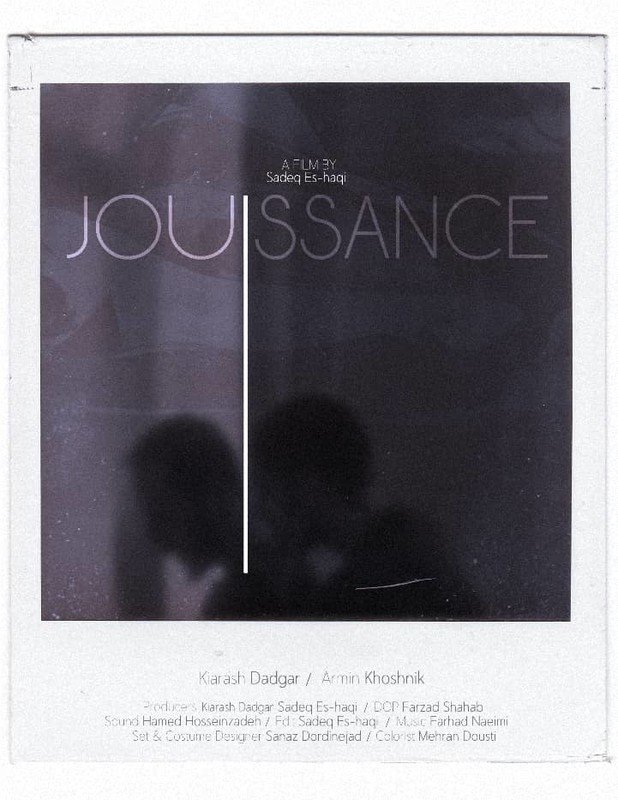 It’s Complicated: Five films that dive into who we are.

The daily life of Arash and Rahi, a gay couple living in Tehran, is disrupted by a mysterious ghost of Rahi’s ex-lover, Sadeq, who asks him to live with him again. It seems that they can start a new kind of living with each other in peace.

Jouissance is one of the terms that Jaques Lacan discussed. It somehow means pleasure. This film tries to explore some Lacanian terms like 3 stages through the life of 3 characters and combine this kind of living with a poetic narrative and cinematography which results in a cinematic pleasure.
It’s an exploration into magical realism in cinema. I’m interested in Murakami’s literature and I follow most of the adapted movies of his literal works. I tried to create a mysterious atmosphere which is similar to Murakami’s literal works.

Sadeq Es-haqi, B.1998 Tehran, is a young filmmaker from Iran. He studies fine arts at Soore Art University of Tehran. He works as writer, director, editor, dramaturge, translator in cinema and theater. The main themes in his works are women issues and sexual identity. His first short film Collage (2019) has been selected in more than 20 film festivals around the world. He finished the the second short film and also he is working on his first feature film project.