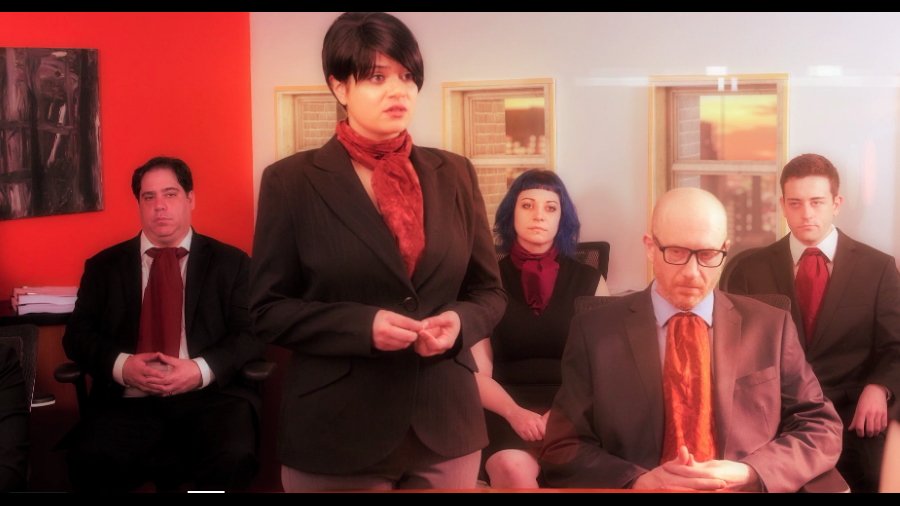 Synopsis
After two decades of controlling the world’s Virtual Reality market, MDI and its founder, Douglas McKinney, are in complete financial ruin. His toughest rival, multi-billionaire Blake Harper, founder of HarperSoft, is making a quick stop to buy what is left of MDI on his way to Tokyo for a five-day trade summit/mini-vacation. It has also been agreed that during their brief meeting, Harper will be buying one other thing: namely, McKinney’s entire identity as a human being. Harper’s legal guru, world-renown corporate attorney Sherri Prentiss, has choreographed every detail of both this acquisition and their Japanese excursion and tries to make quick work of the meeting. McKinney and his attorney, Magdalene Walsh, offer little resistance to the takeover. But will this be so quick and easy a deal? IDENTITY CHECK (starring Lauren Clover, Marc Abbott, Matthew J. Kaplan, and Heather Drew) is currently in post-production and will be hitting the festival circuit in late 2019.

Director
Patrick Devaney (born December 4th, 1968, in NYC) is an actor, filmmaker, and editor known primarily for creating “Zombie Hunters: City of the Dead”, the world’s first Zombie-based television program. Born and raised in New York City, he founded Devarez Films, LLC, in 2008 to handle the business end of ZH, and the company has worked in league with Mass Grave Pictures since 2009. Devarez Films has since gone on to produce music videos for acts like The X-Possibles, and corporate industrial videos for companies such as real estate giant NYC BizSpace. Patrick started his performance career as a musician on the 1980’s underground club circuit, performing in such legendary venues as CBGB. After scoring the off-Broadway play “Shadow Trilogy” in 1995, he left the music business and turned his talents to painting, sculpture, and writing. In 2005, he began work on what was to become the Zombie Hunters program. To date, he has appeared in over a dozen films (both lead and supporting roles), written dozens of screenplays, acted as general background and with small featured roles in over twenty major television programs, released “Aemorraghe”, a short film based on the short story/comic of the same name by the artist known as Caza, created the upcoming “Mastic PD” web-series, and most recently created the independent Science Fantasy film “Impervia”.

I’M NOT LOST
Scroll to top