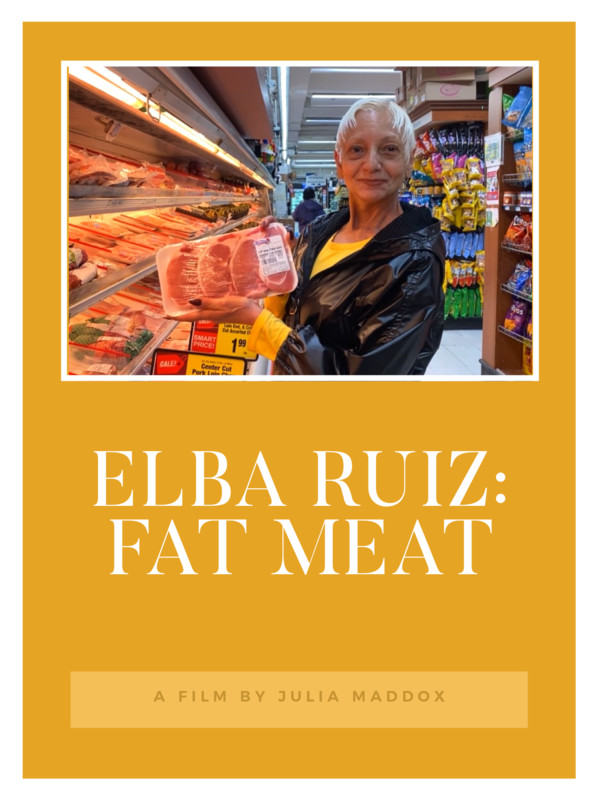 Stories of Healing: Eight films that take on coming back.

After a nine-year cancer battle with treatments that almost killed her, Queens native Elba Ruiz took matters into her own hands and found her own surprising cure – “fat meat!” Three years into her unorthodox nutrition plan, she is now tumor-free and happy to celebrate her new lease on life.

This film sprang out of a film school assignment to create a short portrait documentary. Elba is my across-the-hall neighbor here in Jackson Heights, Queens. I knew she’d be a great person to interview, but once we turned the cameras on, I had no idea what she was going to say. When my cinematographer Warut and I couldn’t stop laughing, we knew we had something incredibly special.

Director/Screenwriter Julia Maddox is a second year MFA in Film student at City College of New York. Her feature script, The Coward of Hickory County, was a finalist at the 2021 Atlanta Film Festival Screenwriting Competition and the winner of the 2021 Katra Film Series Screenwriting Competition. Her microshort, El Velorio, was a featured selection at the 2021 Chain NYC Film Festival, the June 2021 New York Independent Film Festival, 2021 Reel Pride LGBT Film Festival, and at the 2021 Louisville’s International Festival of Film. She was recently awarded a 2021-2022 BAFTA New York Taffner Family Fund Scholarship. Her new short script, Slip Away, recently won second place at the 2022 New York International Screenplay Awards.