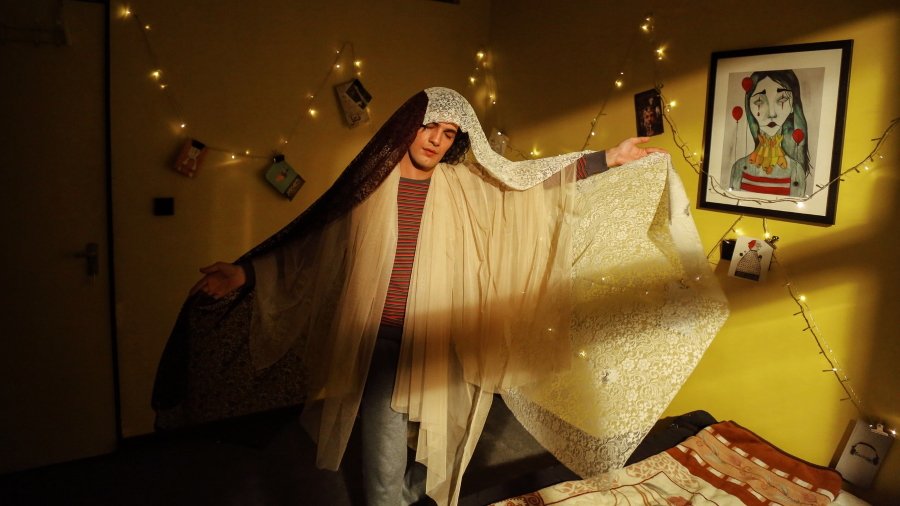 Synopsis
It is a story of a transsexual. A boy who feels like a girl. He is a stage actor and has fallen in love with his director. He would like to have a sex change and becomes a girl but his conservative father does not approve of this. He is trying to persuade his father and confess his love to the director…

As a child, I was totally into this distant relative of mine who was like no other girl I’d already seen. Years later, she changed her sex to male, got married and was quite a successful person and always stayed on my mind. All my life I’ve been drawn to odd individuals, trying to get to know them. Every time I did, I realized how lonely they are and what misbehaviors they go through only because of being homosexual or transexual. After studying about them, I started to talk to them so I found out about the story of their lives; all in pain. Most of them excluded from family and society with barely a few to love them and a poor job condition and social position. Even if accepted by the family, after sex change the society wouldn’t have the proper perspective towards them and that sounds pretty disappointing making me think so much about it and decide to write and make this film just to show how hard this oddness turns to be and how much we need to humanely regard this and start to love each other.