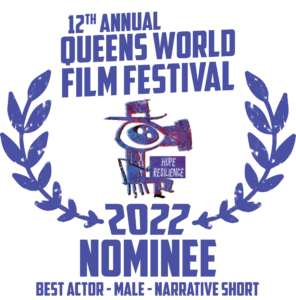 Coming of Age: Three films about coming into yourself.

When 10 year old Chico’s grandmother uses Lotería to teach him a lesson about tradition and family, he’ll embark on a mysterious adventure to find a way to make up for his selfish behavior. Along the way he meets a mechanic named Lupe, who may or may not be Our Lady of Guadalupe; if he can learn to make a sacrifice, he might be able to convince her to help on his journey.

Dominique Nieves is a Nuyorican writer and ambulatory wheelchair user. As a first generation high school grad, she attended two Ivy League Universities before medical school– because she wanted a career in being a student. Med school gave her the opportunity to explore sawing open human skulls, and being told her hands were tiny and dainty by senior surgeons. While a desire to help others and overachieve led her to research and medicine, an extended turn as a disabled patient led to writing in her next act of life.
Nieves has since placed in the NBC Writers on the Verge and Walt Disney Television Writing programs with comedy and dramedy respectively. She’s a UCB improv alum who currently uses those skills to entertain her middle school creative writing students. Because of her ethnic last name, she has them call her Ms. D, convincing them it stands for Dragon.
During the pandemic, Nieves used her experience as a chronically ill quarantining pro to create the Read Latinx Writers Initiative, pairing 200 aspiring Latinx writers with WGA writers, showrunners, executives, and representatives for script reads, mentorship, and paid opportunities. She was also the assistant to Eric Linus Kaplan, co-executive producer at CBS.
Her film, Our Lady Lupe, was produced in association with PBS for their primetime broadcast special, The Latino Experience, premiering on national television in July 2021.
Nieves previously directed grant supported films two years in a row; both winning invitations into the Olive Film Collection from the international organization, Art with Impact. She has also been inducted to the Chicana Director’s Initiative, for professional Latina directors.
Dominique’s other accomplishments include being a CINEQUEST Top 10 Finalist, two time Official Selection to HollyShorts Film Festival, film screenings at HBO’s New York Latino Film Festival, Google and Facebook headquarters, wearing her mask over both her nose and mouth, and not baking a single loaf of bread during the apocalypse.