How She Didn’t Die 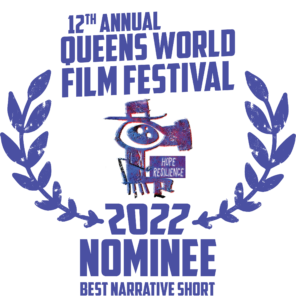 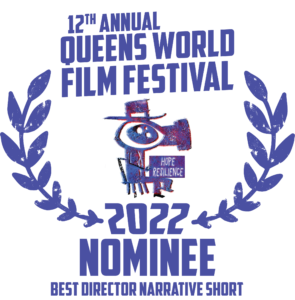 WTF? (What The Film?): Six films that are full of surprises.

A mysterious European woman has set a life-changing plan in motion – but she needs a stranger’s help to pull it off. She meets a young man and makes him a disturbing offer. Can she convince him to accept?

This film is an adaptation of “Draft of Scenario”, a short story written by Alexandra
Ceresole.
She wrote it when her son was a 16-year-old boarding school student.
Alexandra lived in a two-room apartment in Geneva, near her son’s school. She slept on
a sofa bed in the living room to keep the bedroom available for her son – even if he only
slept there on occasional weekends.
9 years after writing “Draft of Scenario”, Alexandra took her own life. By then, her son
had finished school and was a young adult, living an independent life.

The real-life circumstances of Alexandra Ceresole’s life and death have a lot in common with own life. My mother took her own life when I was 15 years old and in boarding school. Watching the S-8 films of Alexandra Ceresole, and seeing her appetite for life was reminiscent of the memories I have of my own mother. I have spent a great portion of my life dealing with the ripple effects of my mother’s decision to end her life.

Making this film became a different way to reflect on this issue. Not anymore as something that is haunting and paralyzing, but as an opportunity to create something. I knew the film would need to have a lot of contrast, not just in the lighting but in the mood swings of the main character. People who end their own lives have difficulty ‘staying in the middle’. They swing from extreme highs to extreme lows. They film needed to go there.

Antonio Tibaldi is a NYC-based, Australian-born, Italian filmmaker. His fiction and non-fiction feature films have won numerous awards and screened at festivals such as Sundance, San Sebastian, Rotterdam, IDFA and Tribeca. His credits include “On My Own” starring Judy Davis, “Little Boy Blue” starring Nastassja Kinski, John Savage, Ryan Phillippe and Shirley Knight and “Claudine’s Return” starring Christina Applegate and Stefano Dionisi. He just completed a new feature “We Are Living Things”. His films have been released by Miramax, Warner Bros., and Lion’s Gate. He also works for United Nations Television, directing nonfiction films that shed light on underreported stories around the globe. As a Fulbright Scholar, he received an MFA in Film at CalArts.