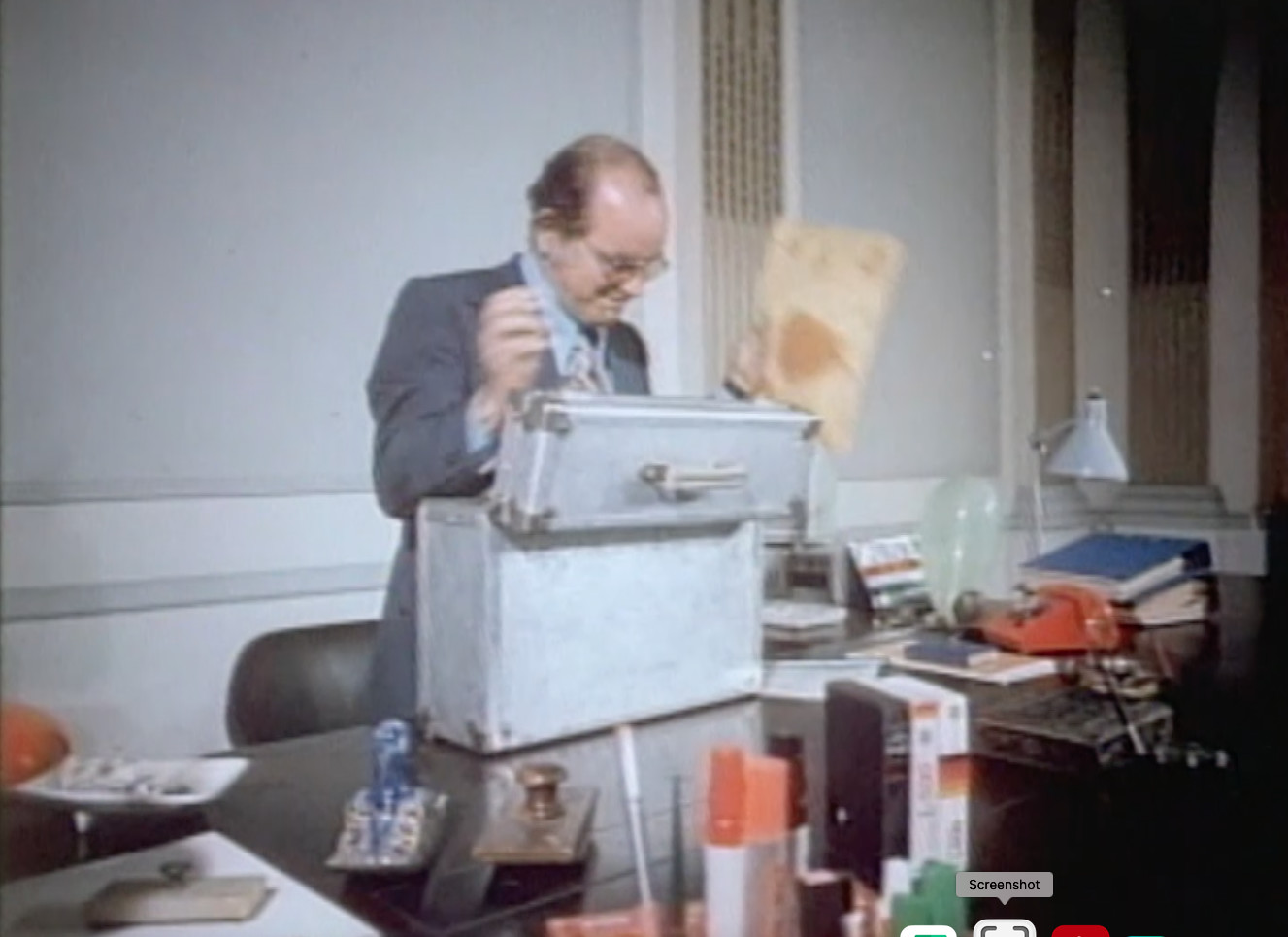 The world of the bureaucrats.. and important dossier got mix-up with a garbage disposal.

This film came about to fulfill the graduation project of a camera assistant longing to become camera man, within the only official film industry in Cuba, the ICAIC. The gentleman asked me if I will direct a story for his project in part because I had already completed a short film that was actually an independent film within the film industry, if that somehow makes sense.
I accepted the proposal to write and direct the film because it was an opportunity for me to write a story based on an initial idea I had. With that, I gathered some talented crew and friends of mine at the ICAIC, roughly about my age, and the project that I wrote began to take shape.

With the help of a producer and casting director, who would later become my wife, we obtained many of the elements needed to tell the story. What was supposed to be a simple demonstration of skills on behalf of the gentleman needing to graduate became a complete challenge because I became passionate about it. It was very different for me because I wanted to express my point of view on the reality of what was happening in Cuba. I wanted to show with a mask of different aesthetics, how thing really were and not just conform to the “official way” films were being made at the time.

When the film was completed there were some inquiries by the officials and executives of the ICAIC about its content and its message and because of this public viewing and screenings were limited.

Born in Cuba, a painter and creator of movies. Love of film began around 1980, first as an aficionado via Cine Clubs with shorts and docs and later as part of the Cuban film industry. I defected from Cuba to France and worked on a few video projects while briefly in Paris, then moved to the USA in 1992 and have been working on independent films and television since as a freelancer. I have co-written three feature screenplays, one was made into a movie and one is currently in the developmental stage. My hope is that it will be my opera prima as a Director.
Over the years I have developed and diversified my skills, as a DoP, NLE Editor and Lighting Director as well.