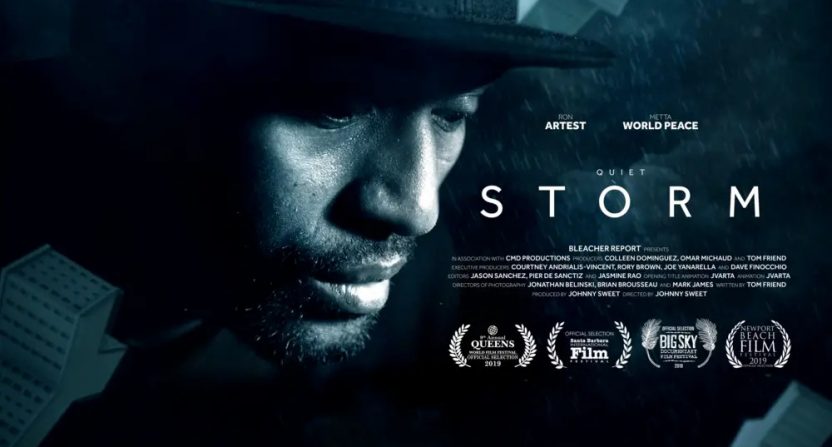 When The National Academy of Television Arts & Sciences announced the 2020 nominees for the 41st Annual Sports Emmy ® Awards, Quiet Storm: The Ron Artest Story (Showtime/Bleacher Report) was a nominee in the Outstanding Long Sports Documentary category. The film includes intimate interviews from the man now known as Metta World Peace, his former teammates and rivals, including Kobe Bryant, Jermaine O’Neal, Elton Brand, Lamar Odom, and Bill Walton, as well as his loved ones and family. The story arcs from a childhood marked by violence and drugs in the notorious Queensbridge projects in New York City during the crack wars of the 1980s, through a contentious stint at St. John’s University and, finally, to a dramatic and remarkable career in the NBA.

Showtime acquired the rights to Quiet Storm: The Ron Artest Story, a Bleacher Report-produced documentary about the former NBA star and the film premieres on Showtime, on Friday, May 31, at 10 p.m. ET.