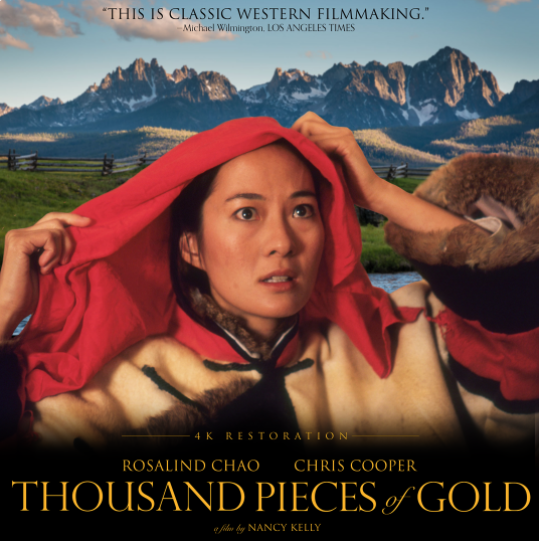 Set in a mining town in 19th Century China, Nancy Kelly’s Thousand Pieces of Gold captures the journey of young Lalu (Rosalind Chao), sold as property by her father in the face of poverty and placed on a ship bound the American West. With a $2 million budget, self-taught director Nancy Kelly and her husband, editor Kenji Yamamoto produced and debued Thousand Pieces of Gold, at the San Francisco International Film Festival in 1990.

The film instantly achieved critical acclaim from several journalists from the New York Times, the Los Angeles Times, San Francisco Chronicle, and Chicago Sun Times. It was also selected as a Nominee for Critics Award at the 1990 Deauville Film Festival and won a Bronze Wrangler for Theatrical Motion Picture at Western Heritage Awards in 1992.

But Nancy Kelly became a victim of prejudice against women directors within the American film industry, and was never offered another movie to direct in spite of extraordinary reviews from critics, some of whom compared her talent to that of John Ford. Recently IndieWire invited Nancy to write an essay about sexism in the film industry.

QWFF Alumni News: The Incoherents is available on iTunes and all VOD platfo...
Scroll to top