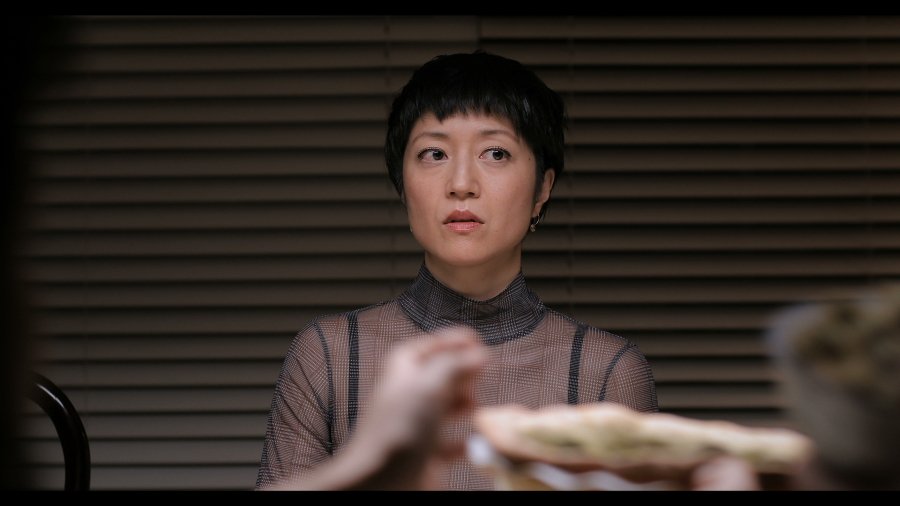 Synopsis
Jamie, a hesitant Korean American woman, visits home for the holidays. She hopes to catch up and make some sort of connection with her family but instead, like in the past, feels isolated and alone. Through the experience of feeling like the black sheep once again, she looks to different forms of water as a means of comfort and re-connection.

Director
Jane Hae Kim, is a Korean American multi-hyphenate artist living in LA. She was born and raised in Queens, New York. Due to her lack of focus as a child, and tendency for rebellion her parents quickly realized that the usual path of business, engineering or science would not be her forte. She found Art at a very young age. Animation in particular communicated so much to her, with the exaggerated gestures that these characters would use in order to express themselves. She came out to Art Center College of Design in Pasadena California after graduating Highschool and embarked on a journey of unexpected self discovery and expansion. Through that expansion she found singing and then acting, and soon after began her career as an actor. Jane Hae Kim’s acting credits include the TV series ‘Picard,’ the VR Game ‘Redway Manor’, and various other independent films and web series. Theatre credits include ensemble casting for, ‘The Women of 4G’ by Amy Tofte, a Nicholl Fellowship winner. And Lead casting in the Rock Goth Drama ‘sSISTERSs’ by queer feminist playwright and director Gina Young. Jane’s focus in her art has to do with figures in vulnerable settings. And to show how even in very intimate places we wish to hide and cover. The desire to voice other people’s experiences in order to expand the horizon of consciousness of what it means to be a human was profound within her. She found that writing and making her own film were a natural addition to continuing with that purpose. ‘WAVES’ is her debut film.

Being a creative can be a lonely path. There are many elements needed in order to maintain an artistically productive life. I’ve come to realize it’s not meant for the faint of heart. The dance of the unknown is one of the more defining and terrifying elements of being an artist. It can be isolating since it’s not something that the majority of people choose to grapple with in a daily experience. That uniqueness certainly has it own universe of satisfaction and wonder. At the same time it can make one feel like an outsider. That sensation of being together yet apart, loved yet misunderstood was something that always stood out to me as important, and not easily shared in real time. Truth has always been at the forefront of importance for me, and one of the main things I’ve been preoccupied with wanting to express in any of my art forms. It is so integral to come from a place of emotional truth. If I remain steadfast to what is the truth to me, there is a higher chance someone else will be able to relate to it. Being able to connect and relate with a fellow person seems to be more important now than ever. Particular if that person is in pain. Being alone can be agonizing when it’s not chosen. I was born in this country, but I also grew up in a culture that is not practiced with saying the truth when it comes to emotions. I wanted to share what I’ve come to hear from many other Asian Americans who have grown up in households with 1st generation Asian American parents. There is such a clear divide between these family members, made harder because conversations are not being had to bridge the gap. Writing this script was surprisingly easeful and sort of poured out of me. It seemed as though this was a story that had been wanting to come out for a while.