Synopsis
A woman enters the forest and encounters a stranger, or does she?

Director
Grace Wang is a writer and director. Grace’s first short film, I REMEMBER, made with a crew/cast of three on no budget, premiered at the 2013 Berlin International Directors Lounge and opened 2013 Ebertfest. Her second short LONESOME TOWN, shot on iPhone 4 in an afternoon, screened at numerous international festivals. Her third short THE TRIP is the winner of Toronto Reel Asian International Film Festival Pitch Competition, winner of the Audience Choice Award for Best Short Film at 2015 Scarborough Worldwide Film Festival, has screened at numerous festivals and was acquired by Air Canada, Comcast USA, and CBC — Canada’s national broadcasting network. Grace’s latest short (UN)CERTAINTY, a 12 min psychological drama produced with an ACTRA cast and diverse crew/cast, premiered at the 2019 Catacumba Film Festival (Spain) where it screened in competition and went on to screen in Turkey, India and China. Grace is an alumnus of the 2013 Toronto International Film Festival Talent Lab, 2016 CBC Development Workshop for Diverse Creators and 2018 Reykjavik International Film Festival Talent Lab. Her work has been supported by National Film Board of Canada, Ontario Arts Council, and the Canada Arts Council. She is currently developing her first narrative feature.

Sound is a central character in this film. 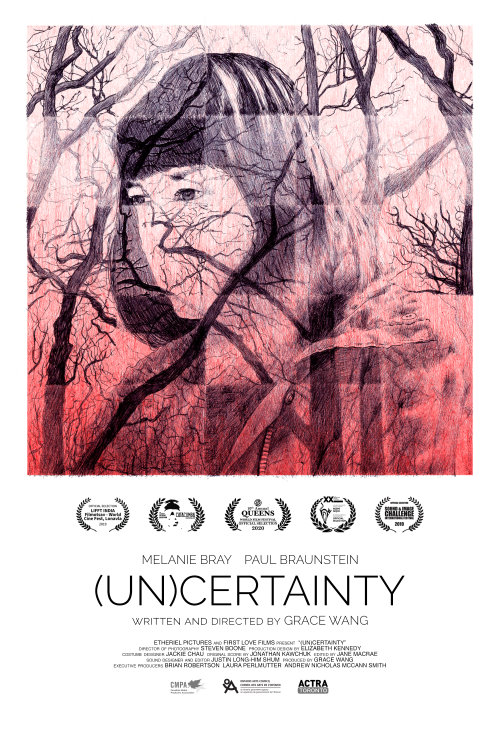