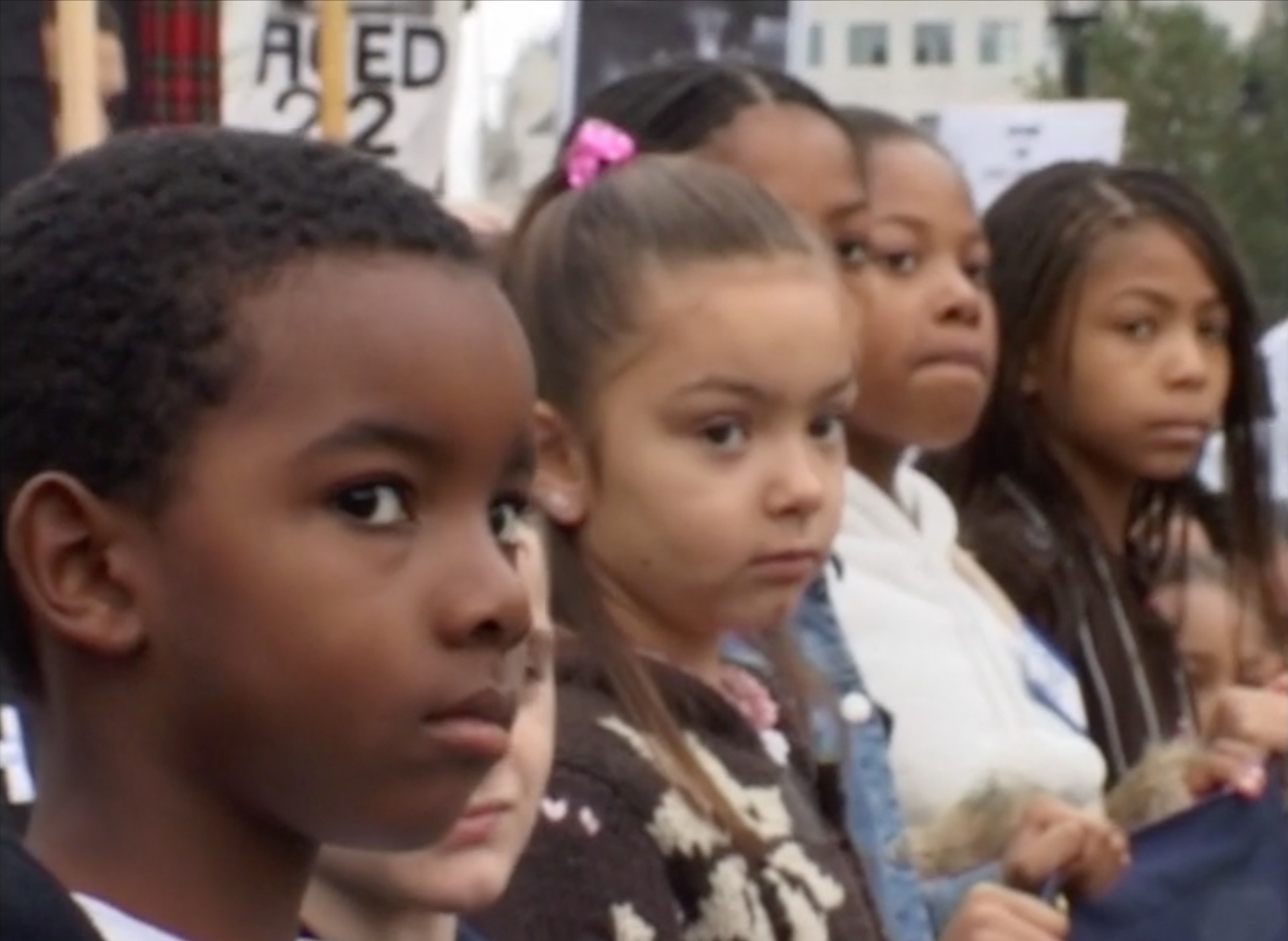 The struggles for justice by the families of people that have died in police custody.

The silence over the police killings of Black people is now broken. Since 1969, over two thousand people have died at the hands of the police in the UK. Shootings, chokeholds, batons, gassing, suffocation, restraint and brutal beatings are some of the methods used. The numbers of deaths is escalating. Inevitably police officers involved are not convicted for these killings. In this documentary, the families of the victims of police violence demand justice. They ask why society ignores human rights abuses by agents of the state. This reflection on resistance is poignant and political, capturing the brutality and trauma as well as the unrelenting fightback of those who will not be silent about state violence.

When we revolt it’s not for a particular culture. We revolt simply because, for a variety of reasons, we can no longer breathe – Frantz Fanon

Ultraviolence is the second instalment of a trilogy of documentary features on resistance to police killings in the UK. The first part, Injustice, on its release in 2001 was met with threats by police officers whose actions we investigated in the film. Led by the Police Federation, who claimed that the film was libellous and was also an incitement to riot, these insidious claims were the basis of the attempts for them to threaten cinemas and to also kill the film. To cut a very long story short we undertook an underground screening campaign which ended the threats and catapulted the film to world attention. Injustice had strong impact in Festivals with cinema and international broadcasts. Peter Bradshaw, Guardian Film Critic called Injustice “the most important British documentary of my professional lifetime”. Each film stands alone and also pushes forwards.

When we began to think about Ultraviolence we were aware that our previous work had made political impact. We wanted to find a new creative way of dealing with the issue and not to just repeat the success of the past. The long period of production of the film, over a decade of filming and editing, allowed for important influences that make Ultraviolence both current and reflective. The film references James Baldwin’s essay The Fire Next Time and pays homage to the thoughtful essay films of Chris Marker and John Akomfrah. The personal framing of the film, a letter to our children explaining the failures and success of previous decades, combines with Migrant Media’s painstaking cinema verite approach, a camera that matches and parallels the heartfelt obstinacy of the families as they search for justice. The reality we imagined has now come to pass.

The films focus on the struggles for justice, led by black families, outlining the personal impact and how they organise to fight back and resist. The polices attempts to suppress Injustice gave the issue incredible profile but it was also censored because of its radical approach. Almost two decades later we are in a very different period where the violent actions of the police have become centre stage. Ultraviolence captures the current zeitgeist, in our work we have been saying black lives matter for decades and we welcome the international movement to call out racist police violence that has caused the deaths of citizens, including in the UK. It’s been a long hard road to complete this film. Dare we hope that it will be seen, heard, shared? There is no doubt this is a film of the moment as well as of the future.

Ultraviolence is a critique of state violence as well as a wider challenge that gives evidence to the notion ‘silence is violence’ – a slogan seen in demonstrations across the world. In the current pandemic and with the growing influence of the right-wing in power and the escalation of anti-blackness and anti-immigrant rhetoric, Ultraviolence takes a stand. We hope that some of the images and words in the film can inspire people to resist the attacks on our humanity and can offer some hope for the future.

Migrant Media is a collective of radical film makers embedded within communities of social and political interest and from black and migrant backgrounds. Our work has a focus on race and class with a central narrative of resistance. The final part of the trilogy is currently in post-production.