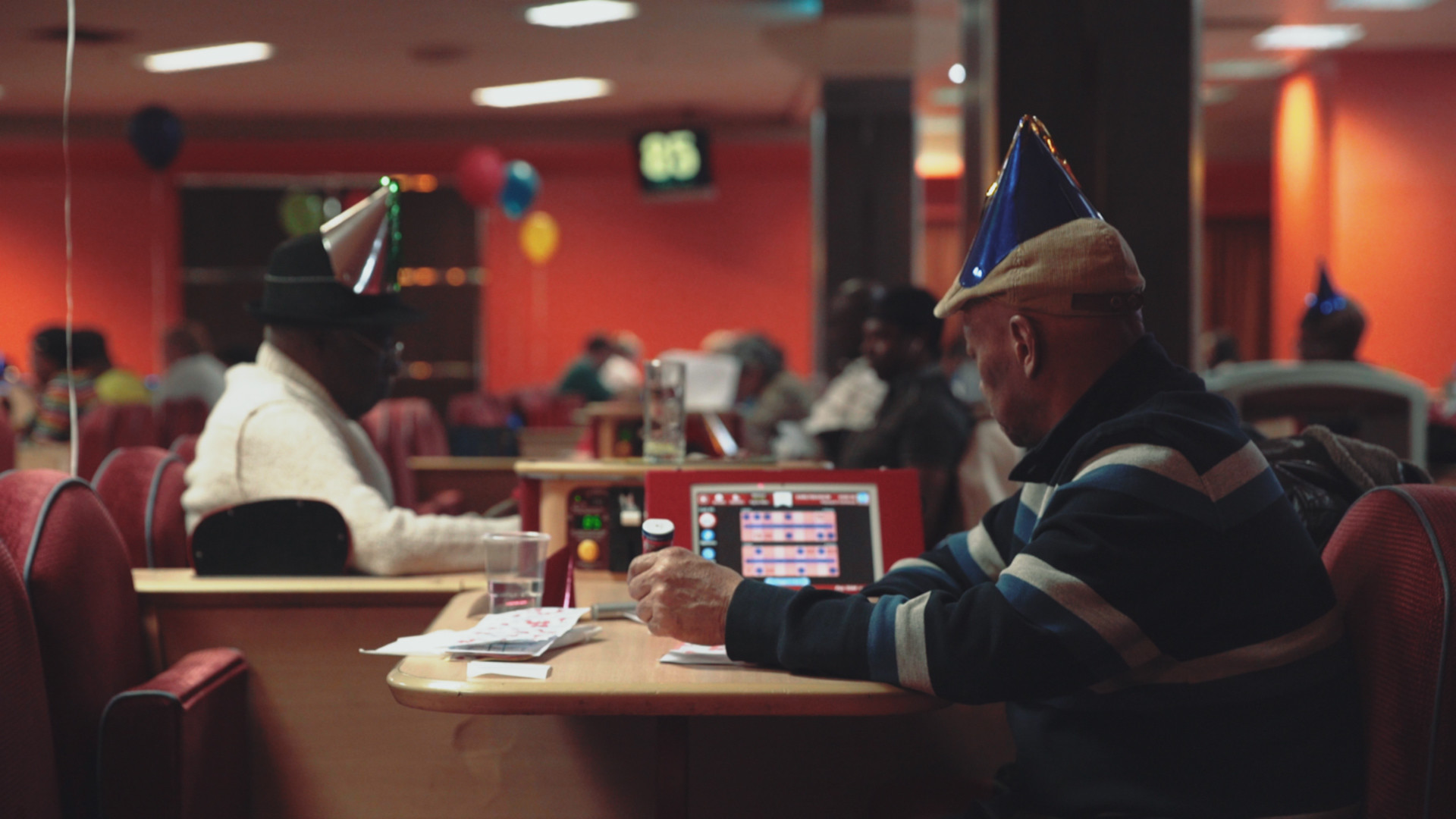 Every day, on the top floor of an iconic 1960’s shopping centre near the heart of the city, hundreds of regulars take up their usual spots in the London Palace Bingo Club. Some come for the cheap dinners and the free tea and coffee; many stay to relax, socialise, play bingo, dominoes, gossip, and party together.

As this area’s billion-pound redevelopment nears its finish, the club finds itself the last piece of the old neighbourhood now sitting in a drastically altered picture, surrounded on all sides by gleaming towers of high-end apartments.

The Palace film is a loud, emotional portrait of a unique community rooted in South London, saying goodbye to their social hub and playground of the past 20 years. Told through the stories of the regulars that loved it and the owner who couldn’t save it.

I’ve lived in South London near the Elephant & Castle shopping centre – home to The London Palace bingo club, for nearly 15 years. I’ve followed the ongoing news on the proposed demolition of the shabby but well-loved shopping centre to make way for high-end retail redevelopment. The plans were challenged by community campaigns advocating for a better deal for the locals who relied on the centre, but the efforts to adapt the plans or stop them from going ahead ultimately failed.

The Elephant and Castle shopping centre finally closed its doors in September 2020.

Before the end, I wanted to document the unique community of Londoners who spend their days at the London Palace bingo club on the top floor of the centre and the owner Patrick’s frustrations in trying to save the business. After gaining unprecedented access to film inside, The Palace documentary celebrates the club’s life and a record of its final chapter.

Looking at the bingo club was a way to shine a light on a hidden part of the redevelopment story and document a significant loss to the area. The reality was that hundreds of members of the local aging population relied on the club for their social life and were supported by the cheap food on offer daily. Many of these pensioners are from the Windrush generation, hard-working Britons who spent their careers in public services, who now find themselves disregarded in retirement.

A new Director presenting her first film, my background is as a Producer who works in independent and television documentaries spanning from Current Affairs programmes to biographical films. I’ve been fortunate to learn from a range of respected, award-winning Directors who I’ve worked alongside across the industry.

I’ve Produced single documentaries for the BBC and other terrestrial channels, including last year the Grierson nominated Tigers: Hunting the Traffickers for BBC 2.

In feature documentaries, my Producing work includes Cajun Navy, for Discovery from Academy Award-winning production company Lightbox, and my current project Frankie; a film for cinema release with Embankment distribution and Sky Documentaries on the world’s most famous jockey, led by an Emmy and triple Bafta-winning Director.

The Palace is a personal project started in 2019, which I Produced, Directed, and filmed myself.