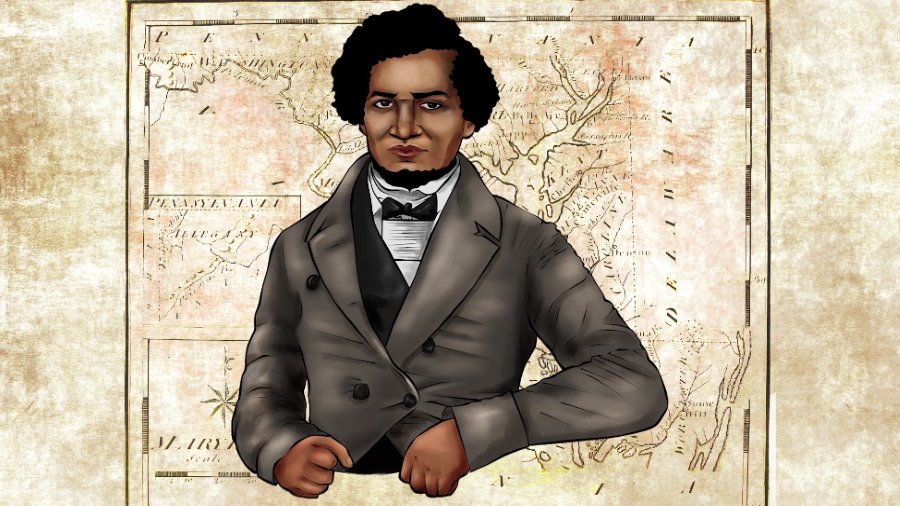 Synopsis
The Magical Root is a true story about a transformational time in the life of Frederick Douglass. It was the day he decided he was no longer a slave — but a free man in a slave’s body.

Director
Brandon Miree is a writer, director and award-winning producer. In 2018 he founded his multi-media company Moviefield Entertainment and is currently in various stages of development with several short and long-form projects for the screen. He’s completed professional programs at UCLA in both Producing and TV Writing. Before storytelling, Brandon was a professional football player for the Denver Broncos and Green Bay Packers. Brandon is the creator/writer/director of the short series, ”A Beautiful Mess Inside,” a workplace comedy set to premiere in 2019 starring Taja V. Simpson (Lethal Weapon / MADEA’S “Boo 2”) as Tori Summers, a well-kept germaphobe who is forced to find herself – and a job, after her well-off fiance dumps her. He’s also ramping up another short series for the web called, “The Other Side of Normal,” about a controlling therapist who must deal with quirky clients while her life unravels around her starring PaSean Wilson (Shameless / Gotham). Brandon also wrote/produced/directed “The Magical Root,” an illustrated short story about Frederick Douglass’ life as a teenager on a slavebreaker’s farm. He currently has commitments for the exhibit to premiere at African-American museums around the country. As a producer, Brandon has garnered awards for his work on a short horror-thriller & AT&T Shape semi-finalist “Mask of Revenge.” He also produced multi-award winning “Escape Room,” directed by female director Bessy Adut, and an award-winning comedy called, “Grillin,” written & directed by Chris Heiman. Tapping into animation, Brandon is in the final phase of “Coach Harris,” a short animated comedy about a hard-nosed inner city basketball coach that takes a job at a suburban school known as perennial losers. He’s also partnered with his fellow UCLA classmate Marvin Crawford to produce and direct a sketch show centered around current events and politics. Brandon was a participant in the Pro Hollywood Bootcamp in 2013 produced by Jeff Friday, the organizer of the American Black Film Festival. It brought 22 current and former NFL players to Universal Studios where they were immersed in project based learning and given industry mentors to help guide their careers. Brandon has always been active in the community, involved with at-risk youth, single mothers and homeless families. Most recently he created the “Create-A-Spark Within” Campaign that teaches youth the practice of journaling to increase their GPAs and overall well-being. In 2015, he founded the “Keep A Book Alive” program that donated 30k books to create or replenish libraries at senior living facilities in southern California to keep them out of landfills.