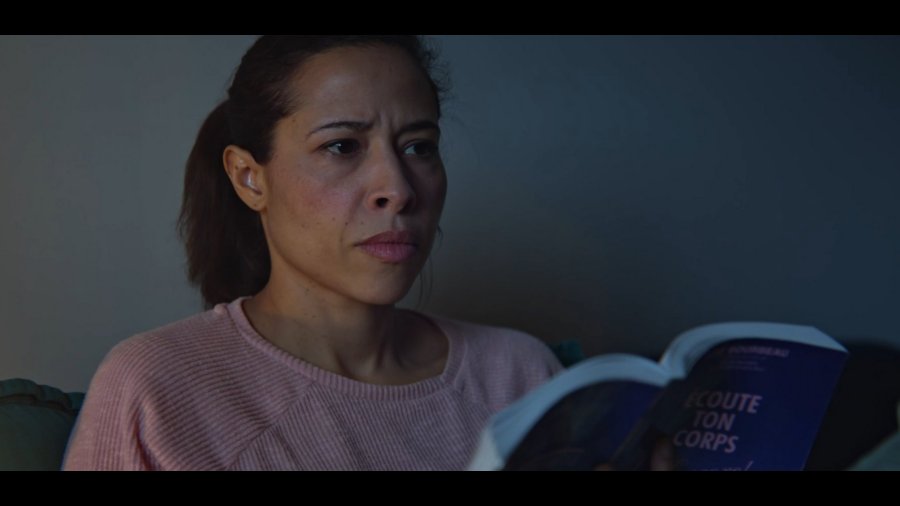 Synopsis
This story deals with Aniès, an arrogant woman, who thinks that she perfectly handles her future, until she meets someone who will predict the exact opposite of her beliefs…

Director
Morgan Cini – My name is Morgan. I am 32 years old and I am a director. As part of my fourth year of study at ESRA, I made my first short film, Stranger at home, at 22 years old in New York. This is a 21 min musical comedy shot in English in partnership with the New School for Drama (one of the most important acting schools in NYC as well as the Actors Movement Studio). The story takes on a fantastic appearance and follows a lost young woman who joins a menagerie of deformed artists who are rejected by society. I then realized in 2012 an advertisement for the brand Moleskine, a personal initiative that I had proposed to the brand which viewed and appreciated my product. There is a short version of 1 min and a long version of 4 min which takes the form of a short film. The goal for me was to tell a story by selling the brand through image and music without going through dialogue. I always thought that an advertisement could potentially have a great story to tell, even when selling a product. It was with this approach that I envisioned this advertisement for Moleskine. I subsequently produced other advertising for start-ups. Some are in synthetic images and others in real shooting. Among the advertisements in computer graphics, I made one for Volkswagen which appeared on TV. But also for Kiwidom, an advertising agency broadcast in all the cinemas of the Antilles. Lately I had the opportunity to write and direct La Consultation, a comedy with Samantha Leroy-Seither, also producer of the film with me. This comedy tackles the theme of free will and fate in the form of a fable with a light tone. Very recently, I finalized the script for a psychological thriller which is currently in development and which I plan to direct soon.