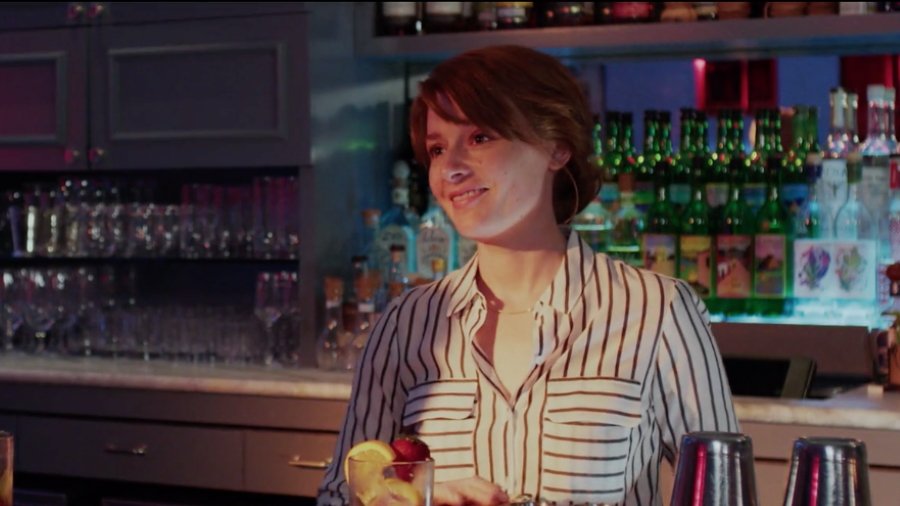 Synopsis
Carly, the skillful bartender at a swanky hotel lounge, is thrown off her game by the arrival of Alan, a powerful investor. As Alan and his leadership team celebrate with round after round of drinks, Carly is haunted by a dark secret about him, and becomes increasingly concerned for the safety of Heather, the only woman in the group. Will Carly conquer her fear of confronting Alan in time to stop Heather from leaving with him?or will she be forever doomed to relive the past?

Director
Travis Newsad is a writer/director and recent MFA graduate from Boston University. His film work includes the award-winning short, “It’s Her”, which has screened at festivals in Toronto, Verona, Sydney, and Amsterdam. Prior to his film career, Travis worked as a nuclear reactor operator, and as an operations manager at the world’s largest online travel company. He holds a bachelor’s degree in literature from MIT, and currently works as a video director in Boston.

How far would you go for a stranger? Inspired by the #MeToo movement and the headlines of the past year, THE BARTENDER explores the bystander’s dilemma: interfere or do nothing? What can be done by witnesses of sexual misconduct to prevent future headlines? Harvey Weinstein’s period of sexual misconduct spanned over 30 years. During that time he was supported by the complicity of employees, friends, and family. THE BARTENDER is about recognizing that we all share the responsibility of ensuring that no one is exploited by unscrupulous individuals. This film was born out of a desire to participate in the national conversation around sexual misconduct and, in turn, inspire new conversations and perspectives. Through the experience of bartender Carly, a woman on the periphery of this world of exploitation and power, we watch as she is drawn into action by her conscience because of what she suspects (and fears) to be true.

THE BLESSING
Scroll to top