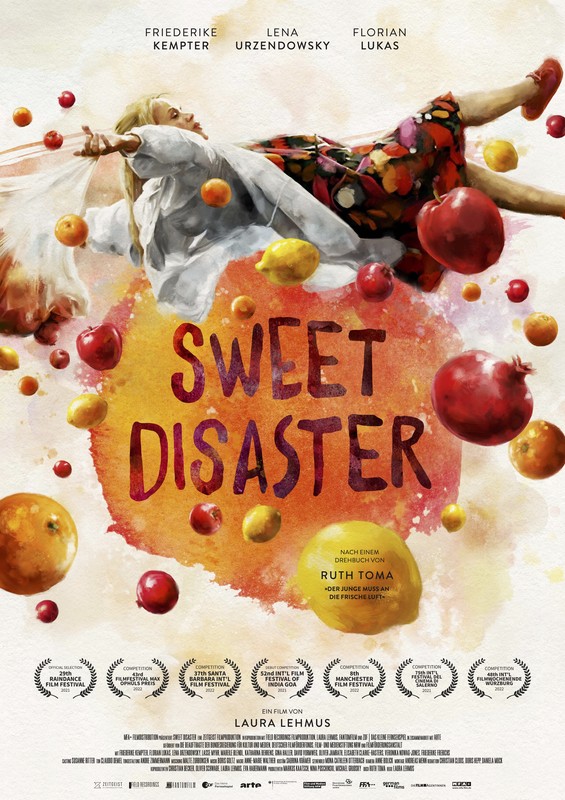 Frida unexpectedly falls pregnant and Felix, the father of her child, breaks up with her to re-unite with his ex. Although some serious health problems caused by the late pregnancy force Frida to rest, she still tries to get Felix back, using methods which are absurd, exaggerated and sometimes hilarious.

Laura Lehmus was born in 1972 in Finland. She studied fine arts at F+F School in Zurich & audiovisual media at the Academy of Media Arts in Cologne. After a long stopover in Berlin and Helsinki, in 2019 Laura finally settled in Düsseldorf from where she works as director, on-air producer and art director for film and TV, among others for ARTE, Nickelodeon, YLE, Solarfilm Helsinki. Her short film ALIENATION has won several awards such as the German Short Film Award (2015) – Lola Award in Gold in the category Animated Film. It became one of the three most successful German short films in 2016 (FFA Filmförderungsanstalt). SWEET DISASTER is Laura’s feature film debut, scheduled for festival release in late 2021 and German theatrical release in autumn 2022.