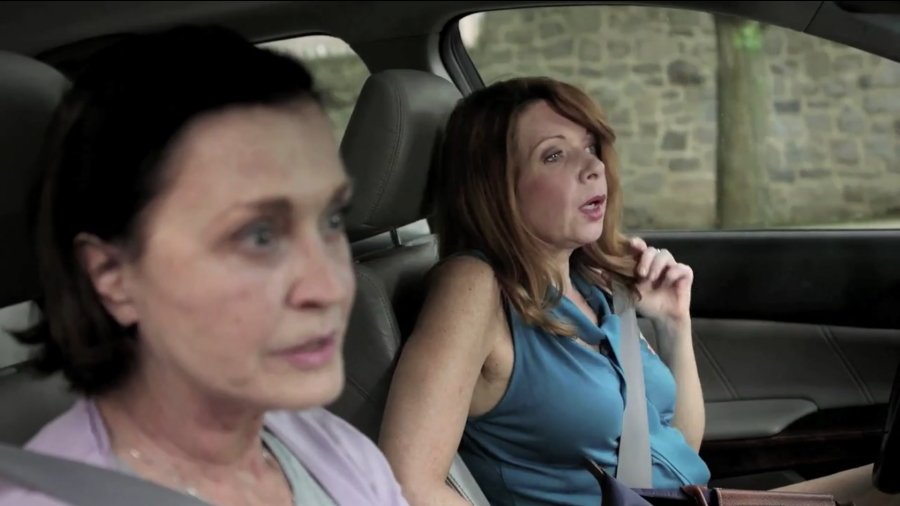 Synopsis
Mary confronts her mother on her drinking by driving her to an AA meeting instead of their regular restaurant. Sparks fly in the front seat of the car as ultimatums are given, lines are drawn and their relationship, and lives, hang in the balance.

Director
Neal Hemphill is an award-winning director who loves to work with actors, enjoying the process from first meeting to final cut. A veteran of the Independent Film School Writers-Directors Lab, he is part of a community of filmmakers whose shorts and features have shown in festivals and theatres around the world. “Reservations” is his fourth short film as a director, and the first that was not from one of his own scripts. His fifth short film, “Horace,” will premiere in NYC in November 2018. He brings to this work 35 years of experience as an actor on stages in 30 U.S. states and 3 foreign countries, and work in Hollywood and Independent Films and television.

137 years of Recovery / The set was almost impounded! When gathering the cast and crew of Reservations, which deals with alcoholism, the producer chose to use real recovering alcoholics to accurately tell this story. More than 50% of the team is sober adding up to 137 years in recovery. Three days before the shoot, the director’s car, in which the entire film takes place, disappeared. When Neal went to retrieve his car from it’s spot – it was gone! After a mad search including the local police and the impound yard – which proved empty – he was finally notified that the city decided to move it to do work on that block. It was parked a few blocks away from its original spot. He was kind enough and smart enough not to tell the producer/star until after the shoot.