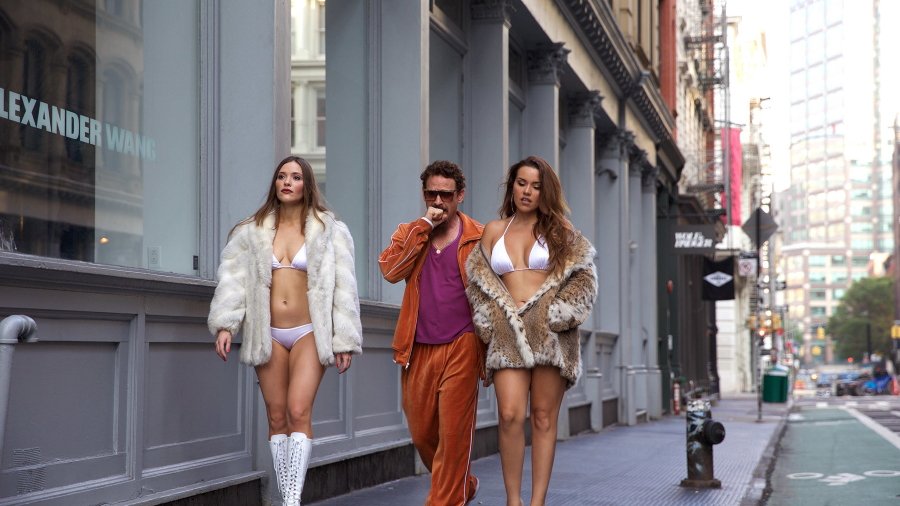 Synopsis
An eccentric Italian father and his son set out to start their own pasta sauce company. But can they cut it in the merciless world of New York gourmet?

Director
Christopher Martini is a writer/director/producer based out of New York. A child actor and NYU film graduate, Chris has worked for over twenty years in film production and as an editor. Chris’ films have played at over forty film festivals, and won over 70 awards, including “Best Film” and “Best Director”. Chris’ award winning short film, “The Stone Child,” was the winner of Chanel 13’s Reel Shorts contest, and aired on PBS/Channel 13 in NYC. Chris wrote, directed and starred in his first feature, “Trooper,” winning multiple awards and a glowing review in the Huffington Post. Hailed by veterans of all wars, Chris is now self-distributing “Trooper”, getting it shown in theaters across the United States. “What The Night Can Do,” a 1.5 million dollar feature, one of Chris’ latest films, was distributed by ITN/Mill Creek Entertainment, and is available now on multiple platforms. Chris was also the producer for two projects for artist, Stan Douglas, and the David Zwirner Gallery in NYC. “Luanda-Kinshasa,” a video installation, went on to receive great reviews in the New York Times and the Village Voice and was nominated for two International Association of Art Critics Awards, and has exhibited in major museums all over the world, including the Whitney. “Scenes from the Blackout,” a still photo exhibition, was an Official Selection at the 2019 Venice Biennale. Chris is the owner of Triple Martini Productions, Inc. and a partner at MartiniCaruso Productions, Inc. in midtown Manhattan. He lives in Brooklyn, with his wife, Liz, and their dog, Stella.

The making of PASTALIGHT was truly a family affair. After their father passed away in March, 2018, Christopher Martini (writer/director/producer) read the script over Mexican food in Dallas, TX, to his brother, Max Martini (actor), and sister, Michelle Martini (costume designer), and they all agreed to make the film. The film was great therapy for them, remembering the funny moments they had with their late father. The director’s nephew, Max’s son, Leo Martini, played the leading role. Max’s eldest son, Sean Carlo Martini, was the 2nd Assistant Camera person on the shoot. The Martini family knows their nonno is now smiling down at them from heaven.