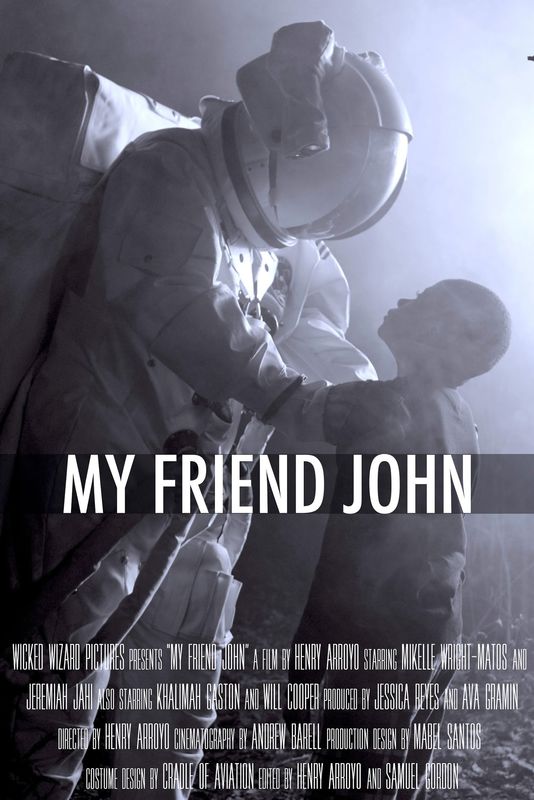 My Friend John is the story of Gio Hames, a young boy who lives at home with an emotionally abusive father and a loving mother who cannot keep the peace between father and son. Gio, against his father’s wishes, constantly travels into the woods behind their house to visit a pair of train tracks where his brother, John, was killed in a train accident. As he returns home to his chaotic family life, Gio begins to imagine that his imaginary friend, an astronaut who he has named John, has come to save him from his family life and take him away to another planet where he can be happy. My Friend John is a story about family, love and what grief does to a family trying to hold their bonds together.

My Friend John is a film about how grief can destroy a family. In the film, Gio, the main character, is so overcome with grief over his brother that he never speaks a single word. His father, Eulow, is angry and constantly takes his anger out on Gio. His mother, Nina, is the only person who can keep her composure, yet that does not give her the space to feel what she needs to feel. We wanted to show the different processes of grief through these characters and show how, at the end of it all, what can really bring a family together is their trust and love for each other. Gio’s imaginary friend is a catalyst that sets off the Hames family’s road to recovery and the steps that they need to take to become a loving unit again.

Henry Arroyo is a Filmmaker based in Queens, New York. He received his BFA degree in Film from LIU Post and His MFA in Screenwriting from  Columbia University. His artistic practice consists of Writing, Directing and Editing narrative and documentary films of different lengths to be exhibited to audiences through film festivals and distribution through local theaters and online resources. Henry makes work to positively impact the mindsets of audiences by giving them the experience of living another life through entertaining, character driven, emotional stories that push the boundaries of genre and artistic avant-garde storytelling practices and techniques. His film “Tea” was selected to screen at the New York Independent Film Festival, Harlem International Film Festival and the Queens World Film Festival in 2021. His film “A Wall Between Two Love Birds” premiered in 2019 at the Queens Underground Film Festival and then screened again in 2020 at the Newark International Film Festival. In 2020 his film “Beauty” premiered at the Blow-Up Art House International Film Festival.

Once Upon a Time in the Bamboo
Scroll to top