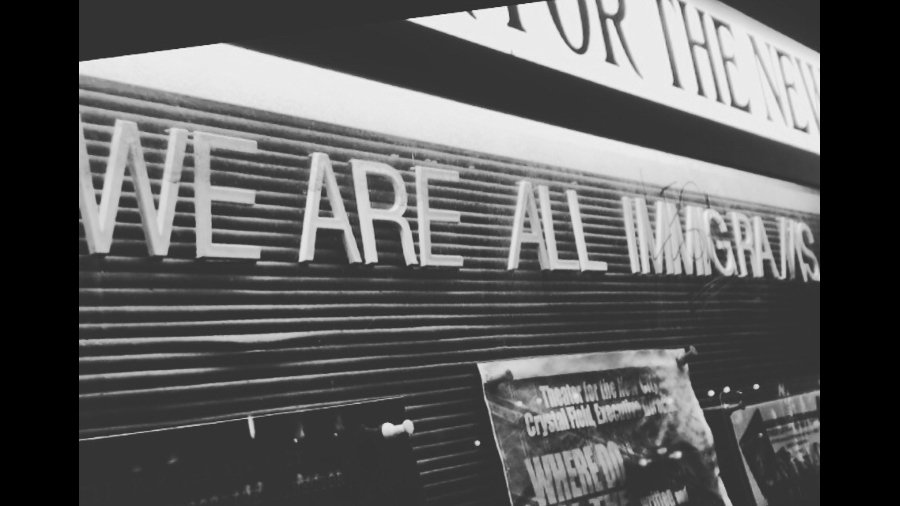 Synopsis
Directed by Fernanda Parrado, Metamorphosis is a personal experimental film about the filmmaker’s own experiences as an immigrant in New York City. A tribute to all immigrants and their necessity of constant movement as a form of rebirth.

Director
Born and raised in Brazil, Fernanda Parrado began exploring experimental filmmaking and documentary while pursuing her Film & Video Production degree at the City College of New York, USA. Making use of archival narratives with a mix of her own 8mm footage, Fernanda focuses on promoting political discussions and representation on media through her films.

After moving to New York, Brazilian filmmaker Fernanda Parrado understood her position as an immigrant woman outside of her native country. She became strongly connected to her family’s history while analyzing her own struggles in the United States after her grandfather’s death. Running away from war and death during Franco’s dictatorship in Spain, her grandfather (Jesus Parrado Bua) left everything behind to restart a new life in Brazil. Although with different motivations, Fernanda and her grandfather shared the necessity to constantly move, the nostalgia for their native countries and their endless search of self-identity. Metamorphosis was made based on the experiences of these two immigrants, a poetic representation of Fernanda’s inner questions and her grandfather’s regrets. It is a film dedicated to the empowerment of all immigrants and their struggles. “So that they can keep moving, migrating like we did. In our own, constant metamorphosis.” – Fernanda Parrado