KEEP YOUR HEAD UP, SWEET PEA! 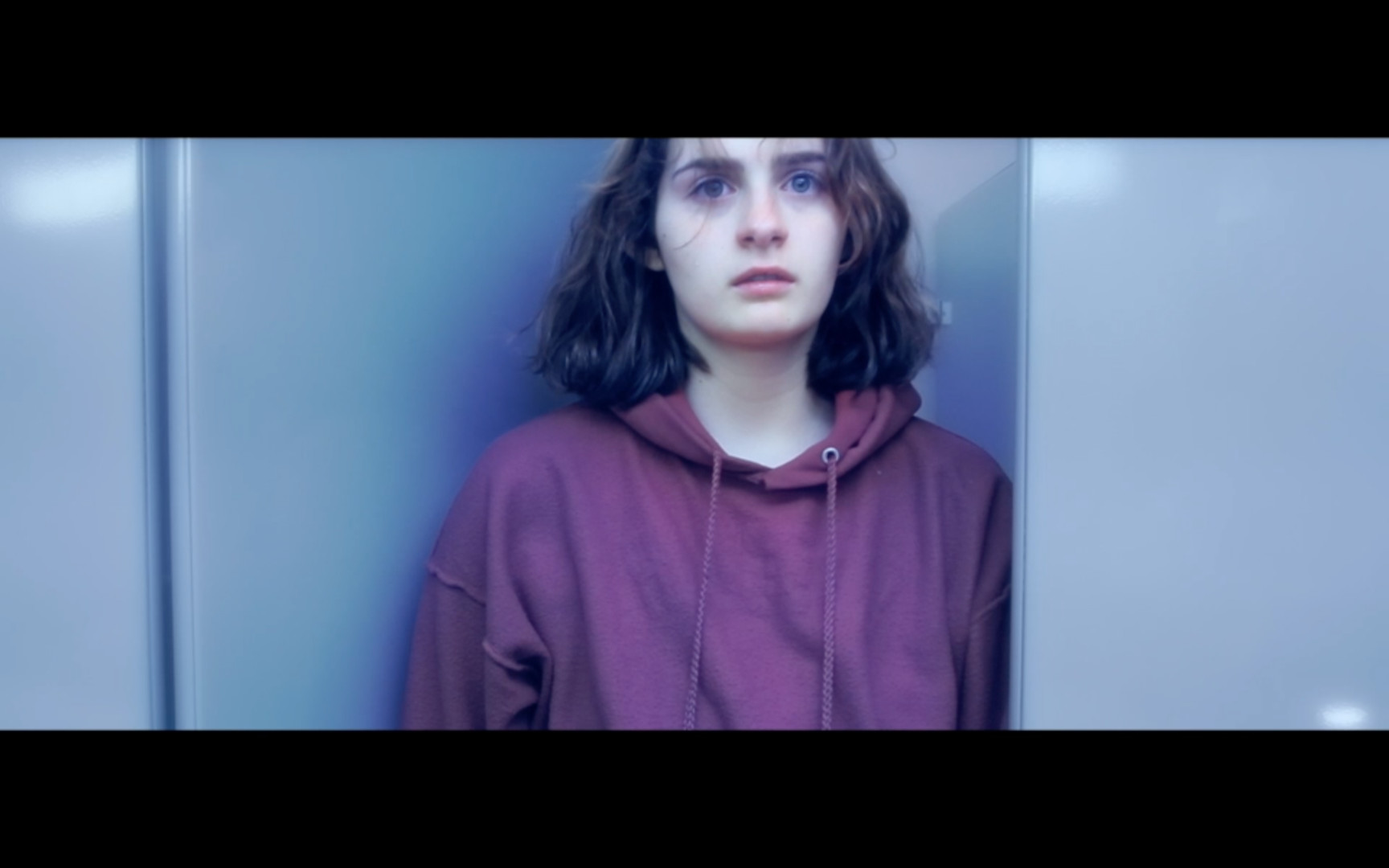 Naddie is in a new school. In a different country. And everything feels foreign – even her self.
Her classmates could care less about her. Her teacher treats her as if she’s stupid. And she can’t even walk home without grown men harassing her.
For a 14-year-old girl, stuck between so many worlds, it all seems like too much.
But Once Upon a Time, not so long ago, Naddie loved to dance and wasn’t afraid of anything… at least that’s what her mother tells her.
Still, how can she take on all the challenges before her and still face the world with conviction now?
Is happiness something you lose when you grow up, or do you learn how to adjust with the times and still keep your head held high?

I directed the film Keep Your Head Up, Sweet Pea!, in the spring after I had just moved cross-continentally from the United States to Germany. Although at the time I think I romanticized the idea of going to a new European high school, the reality of the school and situation didn’t turn out the way I had deemed it was supposed to, and negative experiences kept happening to me. Looking back, some of the things that happened to me might not have been that bad, and at the moment I might have made them more dramatic than they needed to be, but when you feel like an outsider every minor detail can escalate how different you feel.

This is what I was trying to convey with the film. How can I help people see through my eyes? How can I help people understand the overdramatic reactions that they might otherwise disregard? With Naddie(the film’s main character), it was important for me to be able to show the duality of the story. How a happy little girl can change so much based upon environmental factors, and how, even if buried, that happy little girl is still there under the tough surface. I believe in ambivalence, no character is inherently good or evil, and even in situations that you can’t control, your life can still have a bright side.

On a brighter note, I’m grateful for all the support I received from the Hamburg WIFT sector, as quite frankly, I probably wouldn’t have made the film had I not had their influences. Not only did the women provide support and help, but something greater. They made me feel like my thoughts and ideas mattered in a time where I felt like I was in peril, which means the world to me.

I’m now out of this situation, in a better environment for me, but this film will always be special and mark the time in my life where I learned to keep my head up.

Sophie Meissner (16) has been around sets and filmmaking ever since she can remember — her mother (Filmmaker Heidi Philipsen) went to film school when she was nine-months-old.
As a child, Sophie loved both theater and film. She performed 37 professional theater performances as “The Balloon Girl” in the Equity Theater Capital Rep in Albany, New York, when she was just nine-years-old, and auditioned and got roles in music videos (“Sacriledge” by the Yeah, Yeah, Yeahs), web series (“eScape”), industrials (“Simple Three Video”) and films, (“Her Telling Heart,” “Thirsty,” “Cold in July,” “Asher,” Growing Up Smith” and, most recently “Darcy”).
But it wasn’t her family moved abroad to Hamburg, Germany, where Sophie felt out of place and struggled to find her voice in a foreign language (German) at a foreign school (a German high school) — that she found her creative voice… in Chemistry Class (of all things).
When she brought her first short script home, her mother read it and said, “Sophie – you have a talent! Let’s turn this into a film.”
And KEEP YOUR HEAD UP, SWEET PEA was born.
Sophie is grateful to Women in Film &Television Germany in Hamburg for their support and all of the film professionals who came on board to mentor her along the way. And she dedicates this film to all those teens who, like her, have known what it feels like to not fit in, question your place in this world, and wonder how to stay grounded when the everything is constantly changing and new.
Keep you head up, Sweet Peas – it DOES get better!