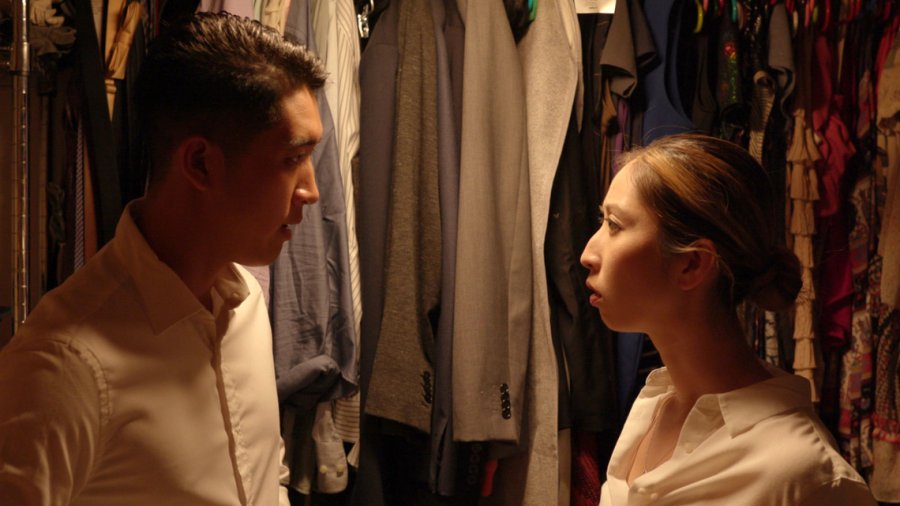 Synopsis
A young couple walk a fine line while thriving in an open marriage until they catch each other breaking their own rules.

Director
Eddie Shieh (pronounced ‘She’+’yeah’) is a Twindad by Day and Filmmaker at Night. His fraternal twin boys were born in 2017. Eddie directed the semi-finalist short play “That Kid” written by Jane Willis for the 2016 Samuel French OB Short Play Festival. His screenplay “La Grippe” shortlisted at the first European Sundance Screenwriting Lab, Italy in 2015. He was a finalist nominee to the 2014 Fox Global Directors Initiative fellowship and a Grand Prix Finalist with his short film “Tu e Eu” at the 2011 Academy Qualifier Short Shorts Film Festival & Asia in Tokyo, Japan. His short works have won Best Direction, Actor, Actress, Ensemble Cast, Cinematography, Editing and Original Soundtrack with numerous nominations in multiple categories from major international festivals. Eddie is also a member of the Writers Guild of America since selling his first screenplay in 2010. His passion for story stems from a former life as an advertising agency creative director for worldwide brands. On occasion, he predicts weather with his surgically repaired joints (no app yet).

IN SYNC was created for the 2019 Asian American Film Lab 72 Hour Shootout under the theme, Balancing Act. As a frequent participant of 72 hour festivals, I still find these events as the best way for a filmmaker to exercise problem-solving and performance under a ticking clock. Now as a father of twin toddlers, time and sleep becomes your most guarded gifts so the pressure was really on. Thankfully the cast and crew never missed a wink. This usually leads to a positive environment for a creative team lending their time, passion and talent. And we hope that our enjoyment and experience comes across IN SYNC.

IN THE LAND OF LOST ANGELS
Scroll to top