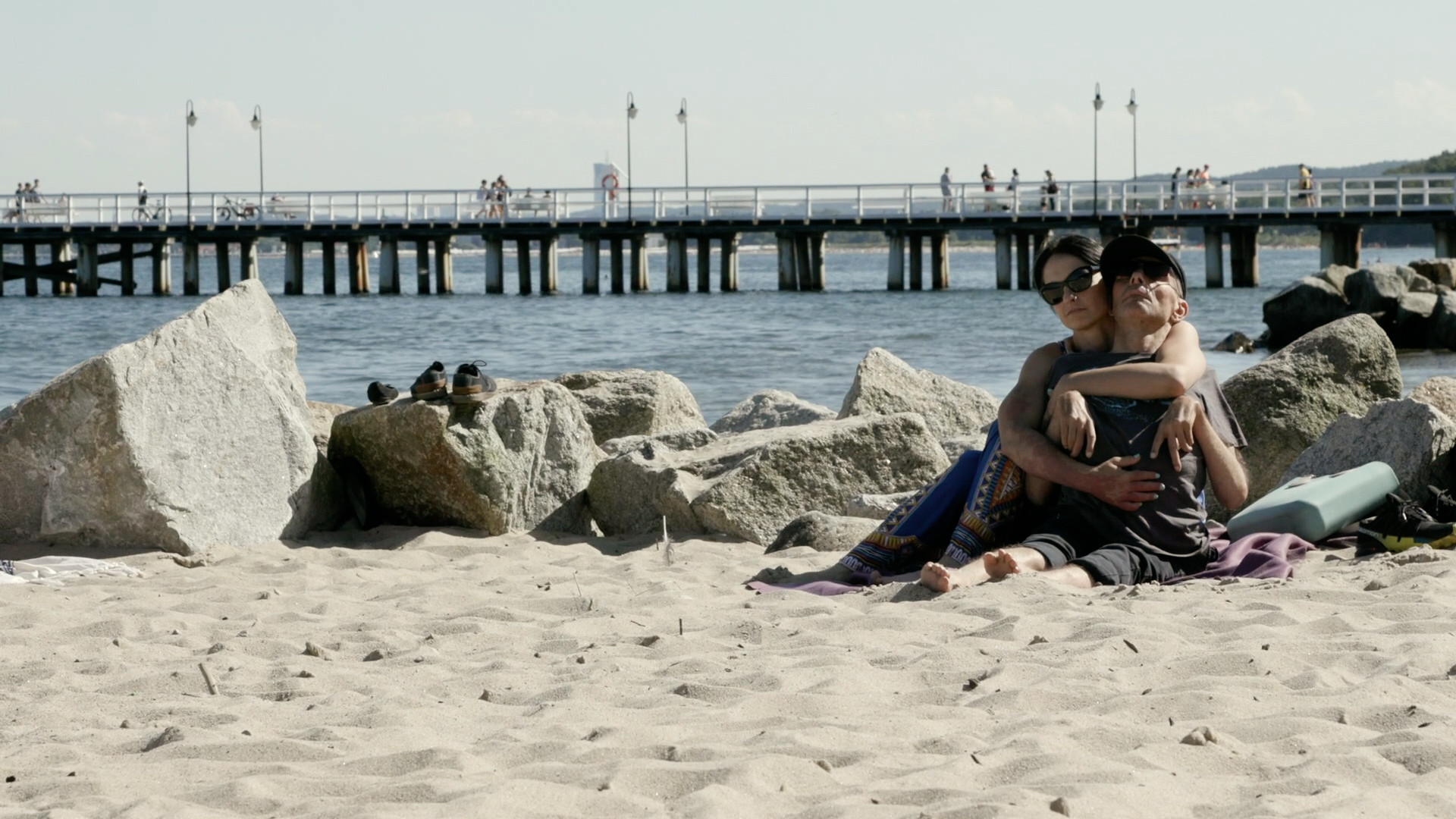 What happens to a relationship if a partner suddenly becomes severely disabled after an accident? For Gosia it is clear that she will stand by her boyfriend Tomek no matter what in order to let him live as normal and fulfilled a live as possible. But time and again she becomes painfully aware of her own limits, as well as of those of a society that talks a lot about inclusion but often does not seem to be ready for it. GOSIA@TOMEK is based on more than 3000 emails that Gosia has been writing to Tomek daily since his accident.

Why did I choose to make this film? First of all, to prove that real love can conquer (almost) everything. I have never met anyone who loves another person the way Gosia loves Tomek. There is no doubt that all the rehabilitation treatments and the effort Tomek is putting in – under the loving guidance of Gosia – are having an effect. These two are the most inspiring couple I know!
But the story of Tomek and Gosia also bears relevance far beyond their personal experience: An estimated 650 million people worldwide live with one or more disabilities, but only about 45 countries have laws that specifically protect their rights. In Europe, people with disabilities have a guaranteed right to participate in society in various ways. Yet, in reality, there are often seemingly insurmountable obstacles that prevent them from doing so. We owe it to them – and to all of us – to finally find ways to implement values like dignity, autonomy, equality, and inclusion in everyday life. I hope my film can help to sensitize people to this topic by telling the powerful and very human story about Gosia and Tomek’s struggles and enduring love.

Christine Jezior, born in 1961 in Poland, is a film director and producer. In 1986, she emigrated to Germany. She is the founder of the artists’ agency KONZERTAGENTUR 2000 and the co-founder of the film production company MAAM.TV. She is a prize-winner of the TV award “Trzy korony.” Her filmography includes numerous documentary films, such as “I’ll Play It For You” (1st prize at the “Kameraton” festival for the best biographical film), “Ida Haendel – This Is My Heritage” (nominated at the “DocMiami International” and the “Jewish Motifs” festivals), as well as “The Case of Ivo Pogorelich,” “Why Competitions,” “Hassan,” ” First day, “The Haendel Variations” (nominated for “Best Documentary” at the International Film Festival in Hof, Germany) and “Remember the Sabbath Day, to Keep it Holy.”