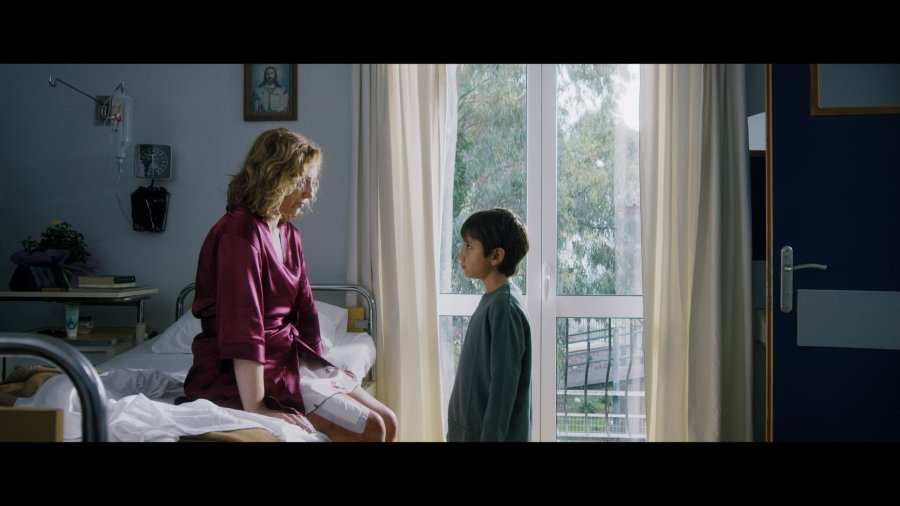 Synopsis
No two losses are alike, yet grief can create its own sort of kinship.

Director
Laura Neri is a half Greek & half Italian filmmaker. She was born in Belgium, where she studied film & screenwriting at the Free University of Brussels (ULB) under the mentorship of Palme d’Or winner Luc Dardenne. She then got a Master of Fine Arts in Film Directing at the University of Southern California, Los Angeles, where she received a full scholarship and was the recipient of a grant by the Academy of Motion Picture Arts & Sciences. Neri wrote and directed several award-winning short films which screened at festivals worldwide, including her short film “A Kiss on the Nose”, which screened at more than 50 festivals and received multiple awards (including Best Short, Best Emerging Filmmaker, Best Screenplay, Best Actress, Best Drama, etc.), and was bought for distribution by Rete4, SiTV, United Airlnes, etc. Her first feature film “Kill the Habit” amongst others got her a “Best Feature Director” award at La Femme film festival (Los Angeles) & was distributed on iTunes & amazon.com. Several of her screenplays have been selected for prestigious screenwriting workshops, such as eQuinoxe Europe & MFI Script 2 Film. Her work was recently selected to be part of a women directors showcase at Paramount Studios. She splits her time between Brussels, Athens and Los Angeles.

“Fugue” is loosely based on my personal experience of being in a near-fatal car crash with my mother. My mother later told me how terrified she was, when she saw me lying on the ground, all bloody, not knowing whether I was alive or dead. I was stunned by the realization of how vulnerable we are, but also how differently people react to the same tragedy: having survived the worst, I was raring to get back to my life – but my mother unfortunately descended into a dark depression for 18 months. I wrote the script a few months later, after my mother and I had been through 4 surgeries each – as a way to “exorcise” this experience, I guess. We had avoided the worst, but what if we hadn’t? I felt the need to write about loss from different perspectives.