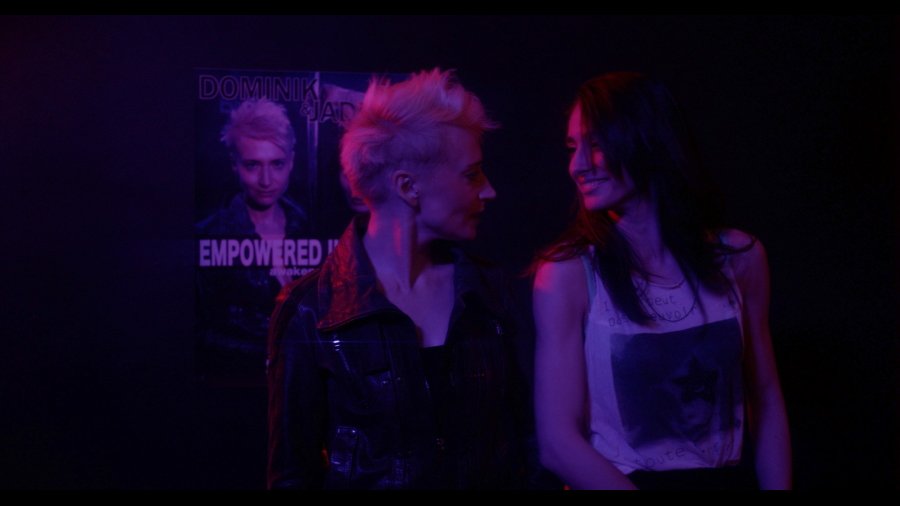 Synopsis
Leaders of a pole dance empowered movement workshop have built a cult of personality within their practice and are trapped in a cycle of violence in their personal relationship. When a student grapples with her own history of abuse in the workshop, the leaders are forced to confront their own toxic relationship.

Director
Sarah Tither-Kaplan is a queer filmmaker/actor/producer/wolf whisperer from Los Angeles, CA by way of Harrison, Arkansas. Her screenplays have placed in five international competitions including Script Pipeline and Blue Cat. Her short film, Me Problems, premiered at LA Shorts Fest. She starred in the Emmy nominated web series Making A Scene. She is an avid horseback rider and does a pretty good Gordon Ramsay impression.

Freaks & Animals is one of 9 short films in the ‘Los Angeless’ anthology which was entirely written, directed, and produced by women. Our goal in creating the Los Angeless anthology is to change the landscape of the entertainment industry by creating a project that elevates and empowers women by bringing our dynamic, compelling, universal stories to life onscreen on our own terms. Our series is made up of 9 short films by 15 women filmmakers – 50% of whom are women of color, and 30% are LGBTQ. Our cast and crew was made up of over 70% women. Freaks & Animals is about breaking free from toxic, abusive relationships and the perils of cults of personality being marketed as outlets for self-improvement. After experiencing countless abuses of power in cult-like creative environments in Los Angeles, I wanted to make a film that reflected my experiences in an artistic, stylized way. As a queer filmmaker, I am drawn to queer stories, and when I read the script by Natalie Kabenjian in the workshopping stages of our anthology, I knew immediately this would be the short I would direct. It was a thrill to immerse myself in the world of pole dancing to make this film. In a society where women’s bodies are ruthlessly objectified and commodified, it was my mission to flip the script on the pole dancing stereotypes, and show how emotionally fluid, multi-faceted and empowering this art form is. Freaks & Animals tells the story of pole dancing through the lens of the female gaze.