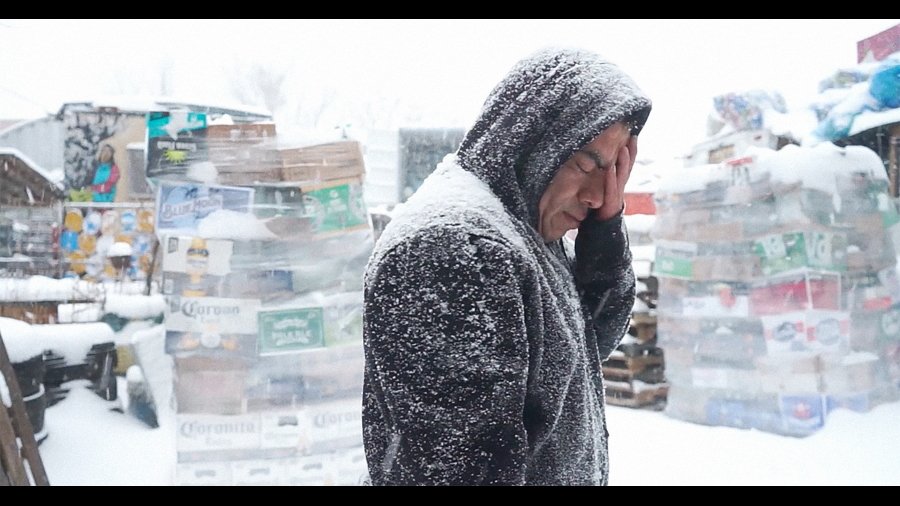 Synopsis
In a redemption center on the outskirts of New York, undocumented illegal aliens and underdogs have a shared disappointment in the American Dream. Responding to this false promise, Ana, Walter, Eugene, Pierre and René, will find in each other’s company, answers to cosmic mysteries and existential questions that make us all human. Dreams don’t die if the journey continues, regardless of origins and destinations.

Director
Adán Aliaga: Adán Aliaga was born in 1963 in Alacant, Alacant, Comunitat Valenciana, Spain as Adán Aliaga Pastor. He is a director and producer
Alex Lora Cercos: Winner of a New York Emmy®, finalist for the Oscars®-Student Academy Awards, and winner of a Gaudi® Catalan Academy Award after being nominated on three occasions, Alex Lora is a Spanish filmmaker based in New York City who has screened twice at Sundance Film Festival as Official Selection. Listed as one of the top 10 promising Spanish directors to watch for in Variety’s Cannes Edition of 2014, his work has received over 100 awards, being officially selected in some of the most internationally-acclaimed film festivals. Alex has also participated at Berlinale’s Talent Campus, Guadalajara Doculab, Dok.Incubator, Screenwriting CineQuaNon lab, Sources lab, and IFP independent Week. He has taught film at several prestigious universities and received his MFA in Media Arts Production at City College of New York as a Fulbright scholar, mentored by Antonio Tibaldi and Chantal Akerman.

EMBRACES & the touch of skin
Scroll to top