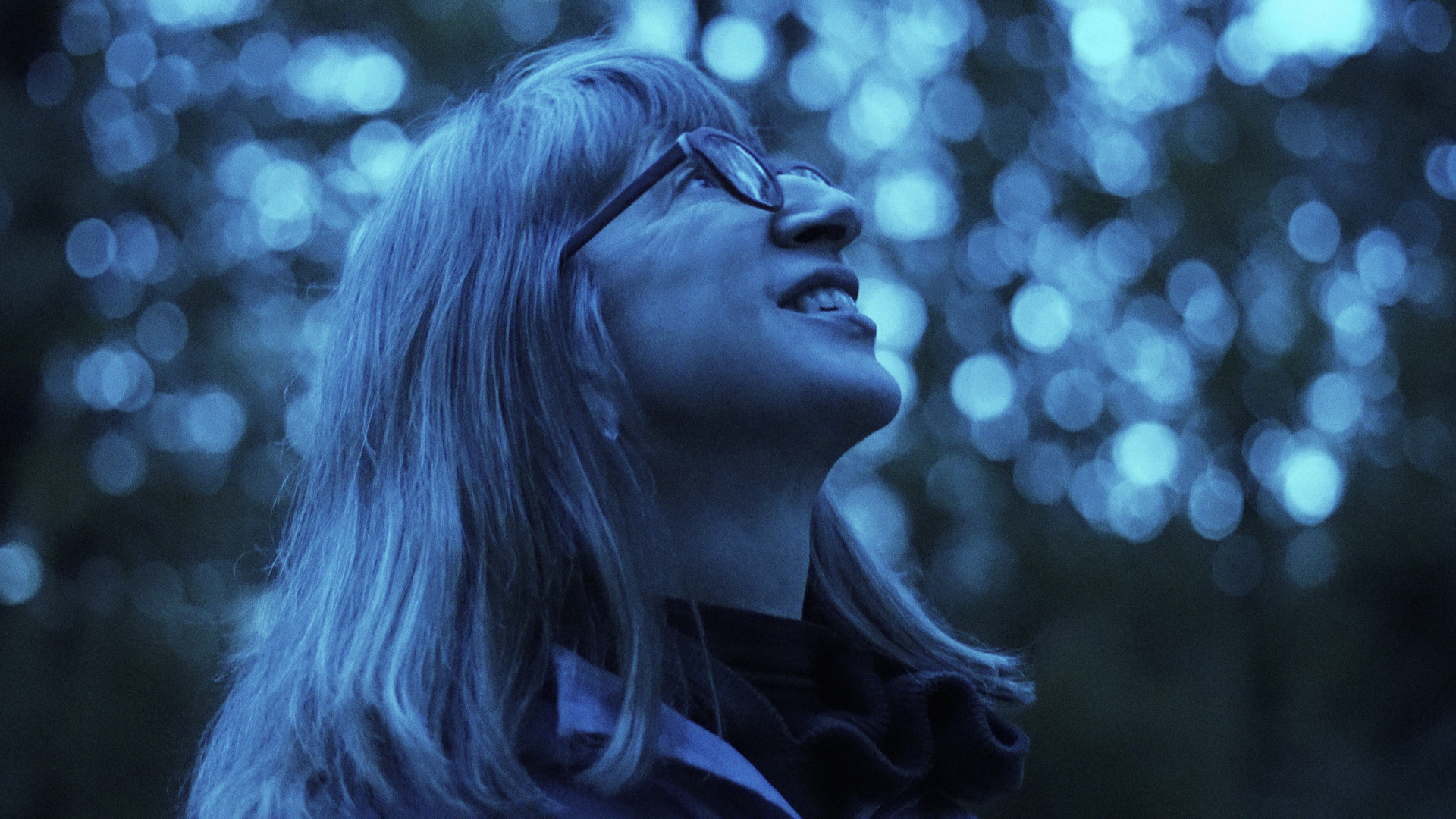 Elizabeth’s paintings and sculpture work is inspired by the patterns formed in nature. These repeated patterns are in everything, from leaves to humans, to the COVID-19 virus. She was first introduced to these patterns by her father, a Nobel Prize-winning chemist. Despite Elizabeth’s belief that humans are coming to their end on this planet and, despite the horrors of COVID-19, it’s hard not to find a mysterious hope in these fractal patterns.

Elizabeth Knowles and I quickly become close as we spent a year creating this project. After a few interviews, I became interested in Elizabeth’s frustration with humanity. She strongly believes we are inching closer to our end as a species. Although this is a dreadful thing to consider, especially after a year that we have had, I also couldn’t help but notice the hope sneaking through when she spoke about her father, who had passed away. It was the contradiction between these two aspects of her that guided me through making the film.

Once connecting Elizabeth’s work and her father’s work, I became interested in using micro-archival footage of organisms replicating, evolving, and transforming before our eyes. Studying this archival footage, I noticed the camera zoom movement often utilized in these educational videos. I wanted to mimic that movement and studied Elizabeth’s work with my camera using the same zoom movement.

I found that the collaboration between old and new footage. Elizabeth’s work is often looking at these things that have evolved over time and the connection between old and new patterns. It was important to me to have the film mirror that, so using archival footage with my contemporary footage felt necessary to discuss my ideas further.

I also decided to use shots more than once throughout the film. The editing needed to reinforce this idea of repeated patterns, and I found that reusing shots did that. But also, what I found interesting and surprising is how the shots changed meaning throughout the film. It is an example of how things change in relationships to what has come before them, which is a central theme in the film.

Albert Camus’s book, The Plague, during the production of this film. Obviously, because it observed a plague and how humans react to a plague, he examines the importance of being attentive to the human collective and not just the individual. I found Elizabeth’s relationship with her deceased father an example of the beautiful new creations developed because of being attentive. COVID-19 is also forcing us to be attentive to how connected we all are as a human race and how connected to nature we are. We impact everything and everyone.

Lastly, the photobook “Brother Sun” was a visual inspiration for the film. I set out to study the relationships the macro world has with the micro world. The book is massively important to me, and it has always been a reminder that we can see ourselves in the mountains, trees, and the sun.

Skyler Knutzen was born in Des Moines, Iowa, and a graduate of the University of Iowa. From a young age, curiosity often drove him into nature. Dumpster diving for materials to build forts in the forest was a common activity. During those times, he started to understand the importance of stories as the fort was often imagined as something other than it was.

Now working within the film medium Skyler has gained an interest in the history of stories and how they change over time. He has a continued belief that stories have a power in our society often forgotten and that, if handled correctly, they have the ability to change us forever. He has a continued interest in human connection and destruction of nature and the stories we tell ourselves about that relationship.