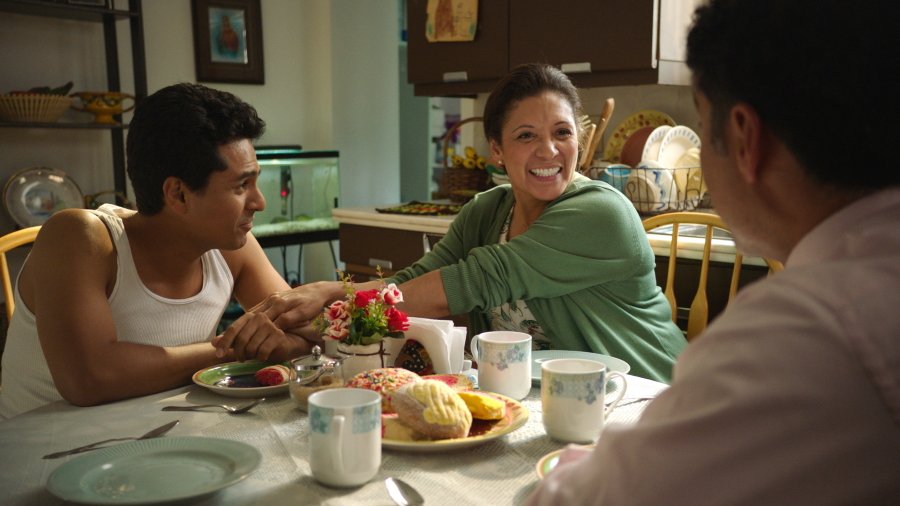 Synopsis
Inspired by a true story, Con Dios is a short film centering around an immigrant family struggling to carve out a life in America. Seventeen-year-old Pablo Sanchez is an aspiring architect whose parents long for him to go to college. But with no clear path to citizenship, college is little more than a dream. While his family figures out how to pay tuition and the unopened college acceptance letters pile up on his desk, Pablo struggles with the depression that comes from realizing the American dream is only open to some.

Director
Carlos Ibarra is an actor, writer, director and producer. Carlos wrote and produced the award-winning short “Botes al Amanecer.” His feature script “Corredor” was a 2nd Round Qualifier at the 2014 Sundance Institute Writer’s Lab and a NALIP Media Market Finalist. In 2015, Carlos became the first Latino to run across America. His journey can be seen in the docu series “Run Carlos Run.” Currently, Carlos works as a Development Executive at 141 Entertainment.

Con Dios focuses on the stress that looming deportation takes on young DREAMers. Families enter the United States every year with the hope that their children will have an opportunity to achieve success through hard work, determination, and initiative. But with our current times, the American Dream seems like a distant reality. The influx of hate, especially towards immigrants, is all around us; yet, we rarely stop to think about the psychological effects this has on the human spirit. This film gives a glimpse into the inner turmoil of an undocumented student who shoulders the burden of his family’s future. To accentuate this feeling, the camera always remain tight and focused on our central character. Through the use of deliberate camera movements (push-ins, pull-outs, “Godview” shots), the audience is restricted to the proximity they’ve been given to our hero. When the audience wants to be close, we keep a distance. On the other hand, when they want to be far we force them to be up close and personal. As an immigrant and DACA recipient, I have experienced, firsthand, the hero’s challenges. However, I have not allowed my immigration status to deter me from pursuing my cinematic and personal goals. As a filmmaker, I strive to share stories that encapsulate the human experience. Inspired by bold filmmakers like Aronofsky, Cuarón, Iñarritu, Chazelle, and Fukunaga- I push to create films that are cinematically beautiful and unafraid to dig deep into the human psyche. My journey has been filled with highs and lows, but the necessity to share stories and put faces like mine onscreen has been the catalyst that keeps me going. Con Dios is in its early stages of exhibition and has not premiered at any festival, yet. Con Dios challenges viewers to see the Sanchez family not just as immigrants but as a family not unlike their own.