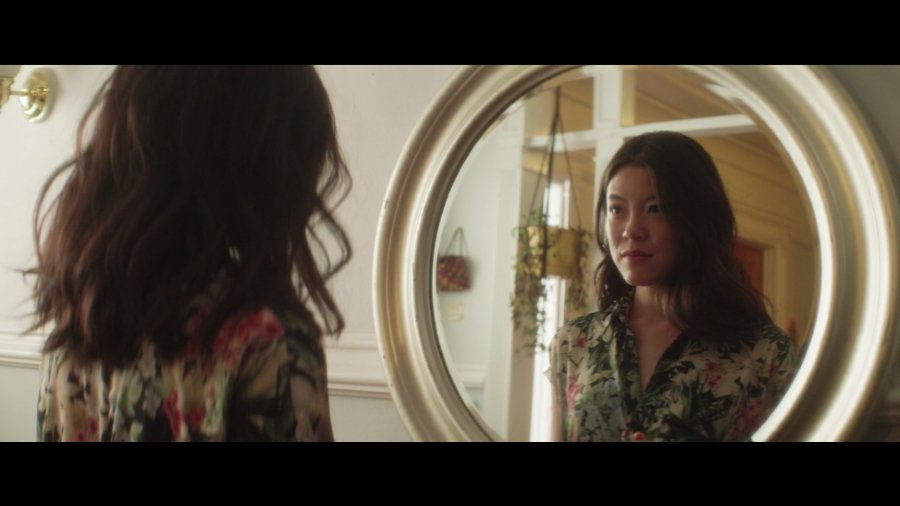 Synopsis
A portrait of a woman’s everyday life seen through the perspective of an unlikely voyeuristic love interest.

Director
Grace Kim is a Brooklyn-based filmmaker and writer who uses absurdist and surrealist elements as tools to explore characters’ emotions and psychology in storytelling. As an artist, she is searching for unique expressions of common human experiences— exploring the ways that filmmakers can create an emotional, spiritual, or philosophical resonance between the audience and films through unusual symbols, composition, and visual association/dissociation. Currently, Grace is in development for an animated TV series about climate change, The Grand Tammy, which was a second rounder for the Sundance Episodic Lab. She is a Viacom Viewfinder Program fellow and recently shadowed director/executive producer Dime Davis on the Paramount TV series Boomerang, executive produced by Lena Waithe and Halle Berry. In addition to television, Grace is a Picture Farm Directing Program fellow for female commercial directors. Grace’s award-winning short films have screened at the Hamptons International Film Festival, Tall Grass Film Festival, and Sidewalk Film Festival amongst others. Her script for her debut short Loveseat was a quarterfinalist for the Screen Craft Short Film Fund and the script for her latest project Fissure was a finalist for the Cascadia International Women’s Film Festival Script Studio as well as one of the top 100 submissions for the Shift Creative Fund. She was a part of Ghetto Film School’s EMERGE8 semi-finalists for their inaugural emerging directors program.

Interloper’s Kiss is an homage to experimental female filmmakers such as Maya Deren and Jeanne Dielman. It is a piece on human intimacy and the violation of such as it paints the portrait of a woman’s humdrum life from the perspective of a voyeuristic, unlikely love interest.