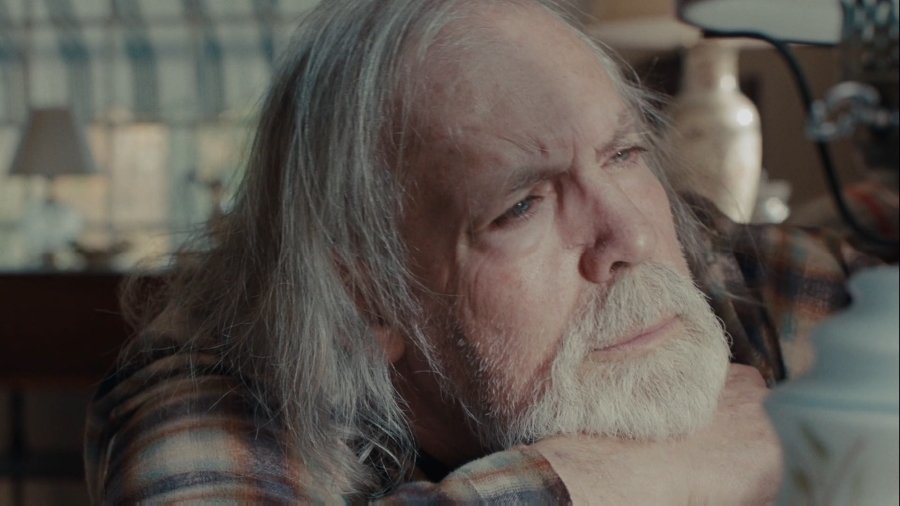 Synopsis
As her husband Walter shows increasing signs of severe mental illness, Nancy fights to hold on to the memory of their marriage while struggling with the day-to-day life as a dependent senior citizen. And it doesn’t get any easier for her. Not only do we find out that the caretaker she trusts and depends on is taking advantage of her circumstances for his own personal gain, but we also begin to sense that her own mental state will soon come into question by the audience.

Director
Peter Vietro-Hannum started his film career at MTV Networks in the late 80’s, and has worked in the Film & Television Industry for the past 25 years. In 1995, he earned a BFA in Film from Syracuse University, and promptly moved to New York City to begin his career. He started as a Key Grip & Dolly Grip on dozens of Independent Movies where he realizes that everyone’s job on set, including the technical crew’s, is to help tell the story. Today, as a Camera & Steadicam Operator, Peter is called upon daily for his creative perspective and experienced eye. Peter has directed numerous short films and has started to transition into directing full time.

What do you really know?” That’s not just the name of the game show that plays in the background of the climatic scene of ALZHEIMER’S, it’s the question I ask myself as a director all the time. People are not one-dimensional, so the characters we chose to weave into our movies shouldn’t be either. As a director I’m interested in telling stories about people and situations that make audiences think. This film is blessed with an amazing cast that all jumped into the challenge of telling a multi-dimensional story with characters whose truths lay just below the surface. I hope you enjoy ALZHEIMER’S.