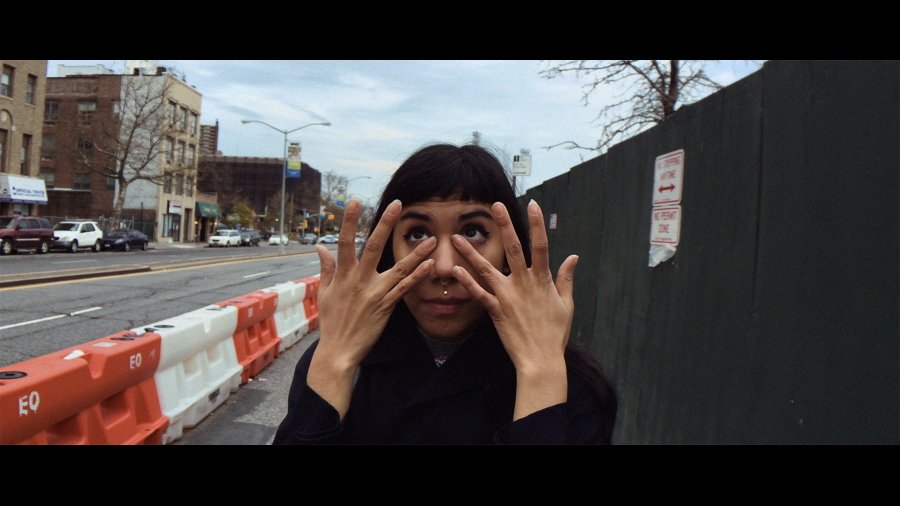 synopsis
Colonia is a nineteen-year-old Dominican-American nursing student who lives in a tiny apartment in Brooklyn with her eccentric and religiously conservative mother.

Director
Eduardo Shlomo Velázquez is a Dominican-American director, screenwriter, actor, editor, painter, and activist. He began his artistic career as a painter and performance artist after completing his studies at the Kansas City Art Institute and The State University of New York at Buffalo. He first received international acclaim in 2015 for his arthouse short film GUAO (Coming Back Catherine), which premiered at the Wotever DIY Film Festival in London. Velázquez has won many awards for his work, including the Audience Award at 2016 The Artist Forum: The Festival of the Moving Image in New York City and Best Caribbean Film at the Martinique International Film Festival. Also, he received the Queer Artist Fellowship The Leslie-Lohman Museum of Gay and Lesbian Art (2017) and the Kathryn Davis Fellowship for Peace (2018) for his visionary work in film, fine arts, and activism.

After finishing with the post-production of my first film GUAO. I started crafting my next film project. GUAO was scheduled to premiere in London at the time, and I was motivated to develop the concept for my upcoming film About Colonia. I felt a sense of urgency in creating a film that told the story of my community in the diaspora while not following the cliché tropes of a violent misrepresented immigration story. The idea for About Colonia came from a short story that I wrote on a train ride to Beacon, NY in 2015. For this project, my goal was to pair professional actors with natural actors; such as the actress who played the main character Colonia, Ralph Salazar. Ralph and I met many years ago at an indie-rock concert in a basement (circa Moldy Peaches era) when we were both art students in Kansas City. She was wearing American Apparel gold leggings, a gold hoodie, and white Nikes. During the summer of 2015, I reconnected with Ralph when I was invited to a dinner held by the people who ran the artist residency in Wave Hill in the Bronx. She heard about my first film project and asked if I was working on anything new. From there, we discussed my recently finished short story for the concept of About Colonia, and its possible development into a feature film. After talking for some time about About Colonia, something clicked in my head, and I asked her: “Would you like to play the role of Colonia?”. Though hesitant at first due to having no previous formal acting experience other than being trained as an extremely talented sculpture/mixed media artist, Ralph decided to consider it after explaining her own interpretation of the role. We agreed that evening to work together. We spent a couple of years watching Italian neorealism films and discussing different texts and interviews, to consider how actresses like Monica Vitti approach roles. The story of About Colonia is centered on the life of a young Dominican-American woman who yearns to explore her identity as a millennial living in New York City. This is not very distant from my own experience as Caribbean descendant, coming from a very traditional and matriarchal-domestic space. I drafted the story around a very conservative and religious mother, Lucia (played by Zaida Corniel), who emigrated from the Dominican Republic pregnant with her daughter, Colonia. Both of them live in a tiny apartment in Crown Heights, a very Caribbean neighborhood in Brooklyn. In the narrative of the film, religion and Santeria practices are the defining factors that help the viewer understand parts of the Caribbean experience in reproducing culture within the diaspora. Colonia is a “typical” millennial that goes to nursing school at the city university while the mother works arduously as a home attendant, taking care of elders in the Bronx. The film is a very intimate depiction of the life reflecting many Caribbean immigrant-single-mother households in the city. Colonia’s internal conflict and search for love are reinforced by her relationship with her imaginary friend, or spirit, who she names the “Unknown Black Man.”