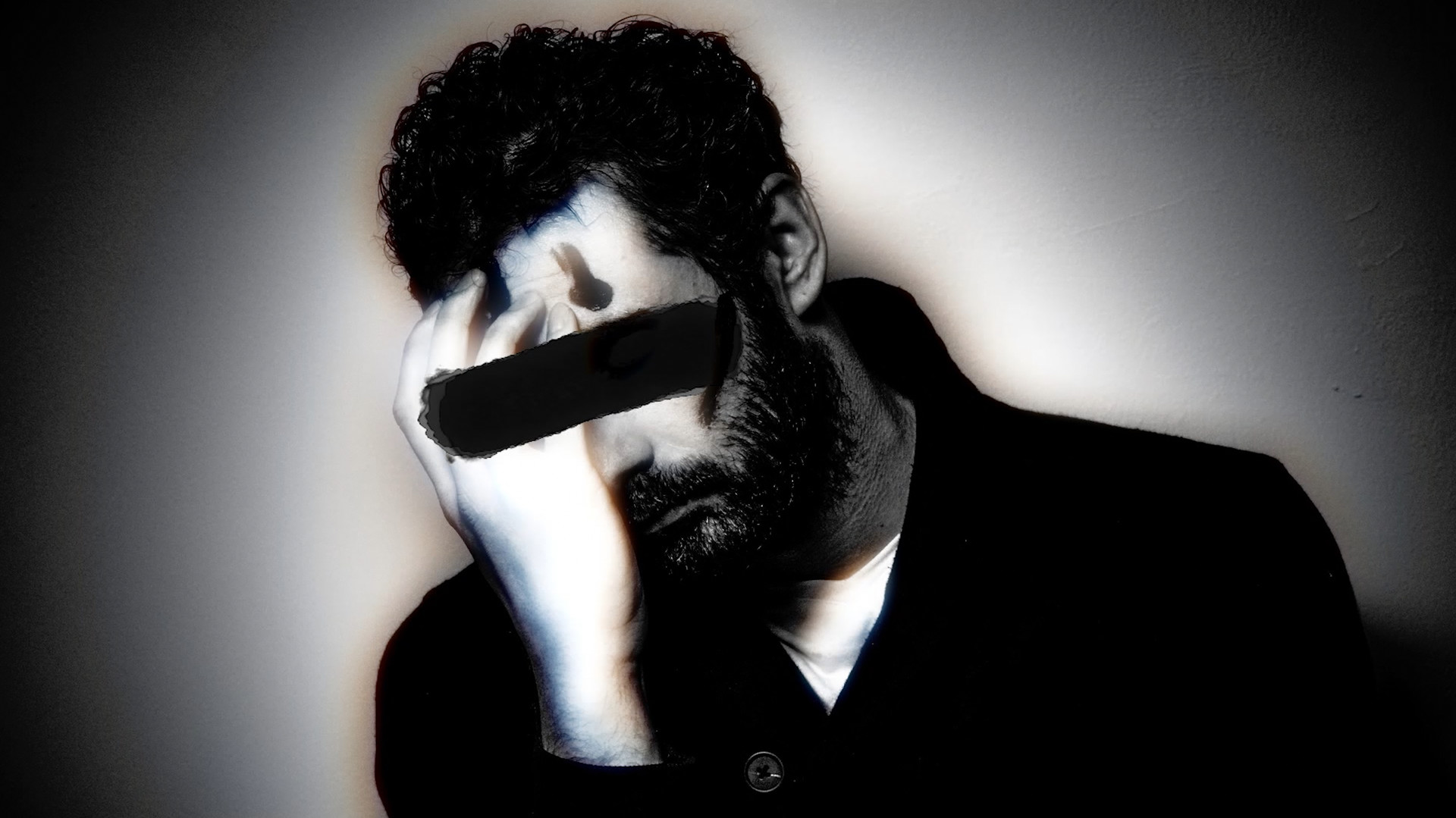 “What is an alien?” a man asks amid smoke, shadow and light. The question is daunting, metaphysical if you will. We may all feel like outsiders sometime, but what happens when the feeling is constant? With that in mind, we embark upon a journey that millions of people around the globe will recognize as their own: moving to another country.
In raw emotion, we experience the story of a man who moves to America as a child. We accompany him as he reminisces: the first sight of snow, the first day of school, the palpable eeriness of what is new. We witness his difficulties to find work and overcome other obstacles. We feel the anguish and the fear, and we can see the trap. Metaphorically and literally.
Visual elements shed light on what he endures: hands trying to grasp the American dream (or maybe trying to hold on to the past?); hands resembling a broken heart; a gun; the powerful word “guilty”. The man is blind and mute, voiceless. He has no definite identity. He is someone and no one at the same time. He is all of us and none of us at the same time. He’s a magician creating worlds and playing with rings. He is human and inhuman, like any alien.
What is home? Where is home? When we go back, are we truly home? This piercing film poses the questions we all ask ourselves at some point. In any case, when you migrate, home is forever gone. You become a wandering alien. Forever.

Born in Venezuela but raised in New York, where he currently lives, Martin Del Carpio is an artist marked by experimentation, the search of new concepts, sounds and visuals, by a fascination with visuals and the journey that art takes us on.

Martin’s desire to bend the rules and explore reaches a peak in recent years with his creative works.

Aside from music, Martin has worked on numerous experimental film projects of his own such as Auricular Confession, Mother’s Milk, I…dreaming and LOS.

In the future, he plans to continue experimenting with sound and visuals, taking us on a journey to places still unexplored.