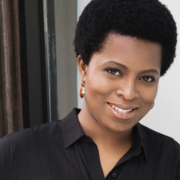 After years of working in television marketing departments creating commercials for NBC Universal and Viacom, Sekiya Dorsett is the director behind Seabreeze Media. The company creates original programming and media to uplift women and voices of color. Her feature film, the Revival Women and the Word, is distributed by Women Make Movies and has screened nationally and internationally. Her documentary series, Stonewall 50 : The Revolution, has been nominated for a 2020 GLAAD Award. Sekiya is working a feature narrative film and producing a short film with long time collaborator and Gotham Award Winning writer, Jade Foster. The short called Another Miracle Girl will be released later this year.