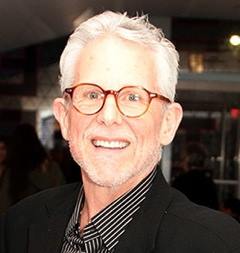 “Every year I feel privileged to present such inspired work.”

A former Landscape Architect, Don was raised on a fruit farm in Fredonia, New York. He earned a BSLA and a BLA from Michigan State and his MLA from the University of Oregon where he also taught & studied MotionGraphics. At Oregon, he participated in Film Directing workshops with Howard Hawks and Bugs Bunny animator Bob Clampett. At The Orson Wells Film School in Cambridge, MA. he studied with Cinematographer Austin DeBesche and participated in workshops under Directors Sam Fuller, Paul Morrissey & Jan Kadar. At the Laszlo Kovacs Workshop in Camden, Maine, Don won the “Most Electricity” Award. In Oregon, he worked on Animal House, How To Beat The High Cost Of Living, and Stand By Me. Among Cato’s many short films, Pipeline Patrol, won a National Film Board of Canada certificate, Portland Art Museum certificate, an ANNIE from the American Society of Animators-East (NY), and toured with the Ann Arbor Midnight Trip. His documentary Skinners’ Beaut, a bicentennial film for the City of Eugene, Oregon was selected by the World Futures Society as a tribute to Margaret Mead at the Chautauqua Institute, Chautauqua, New York. In 1978, he made one of the first American film journals – China Dawning, Behind Silk Curtains,a highly praised documentary on The People’s Republic of China. He packaged and directed his first feature, Dixie Lanes, with Karen Black, Hoyt Axton, Moses Gunn, Tina Louise, and Nina Foch, edited and released by Cinemavault Releasing in 1987 to over 40 countries & was twice, the CBS movie of the week. His last feature Be My Oswald appeared in and was nominated for Best Feature in eight festivals, winning four and has been critically compared to Dr. Strangelove and Shallow Grave. In 2011 he won Best Animation at ReelHeART International Film Festival in Toronto for PRESTO a 3-minute hand-painted 16mm film and collaborated with Pulitzer Prize Nominated poet Cornelius Eady on Dead Man Rides Subway. He is an award-winning photographer, sculpture, and landscape designer. Don staged live performance art in the ’70s and in the ‘80s he Co-Produced, designed the set & lights for the Off-Broadway M.A.C. (Manhattan Association of Cabarets) Comedy award-winning group FOR PLAY Improvised Theatre. He is also an award-winning Pacific Northwest Rugby athlete. He co-founded Garbagio’s, the country’s first consumer-owned, source separating recycling & garbage company CO-OP. Don teaches at the New York Digital Film Academy and has brought Video Production Workshops to schools across Queens through Commonpoint Queens and Queens Community House. As the Artistic Director of the Queens World Film Festival, he curates over 200 films annually into multi-venue events at the Museum of the Moving Image, Kaufman Astoria Studios, Queens Theatre as well as in alternative venues including city beaches, hotel rooftops, church basements, school auditoriums, youth centers and community centers throughout NYC.