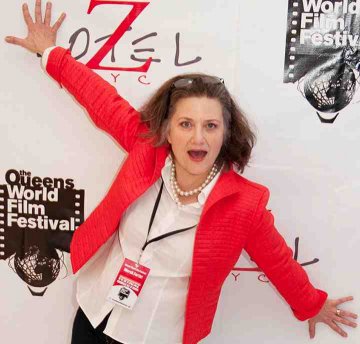 “What an incredible opportunity it is to bring these voices forward, to be part of a system that makes sure they are heard. I consider myself very very fortunate. “

Katha earned a BA from California Polytechnic University in Pomona, an MFA from the University of Oregon and is a graduate of the Columbia University Graduate School of Business Executive Education Program. In the 80’s, she moved to New York with her theatre company ‘For Play Improvised Theatre’ and pioneered the Improvisational Herald format (the long form) into the NY Improv Comedy scene. Katha won a MAC Award (Manhattan Association of Cabarets) for Best Comedy, two Backstage Magazine Bistro Awards for Best Director and Best Comedy and NY Post’s Bill Ervolino named her one of the year’s ‘Most Exciting’ Improvisers. For many years worked at Henry Street Settlement serving first as the Arts-in-Education Coordinator and then Director of After-School and Camp Services where she was responsible for six after-school sites and three camps. During her tenure she was recognized by NY State Education for exemplary After-School Programming, and she received the 2015 PASEsetter Award for her years of leadership in the field. Katha has vast experience in producing engaging events, exciting, innovative programming and has spent over thirty years developing youth and bringing people together via theatre arts, film, and video.