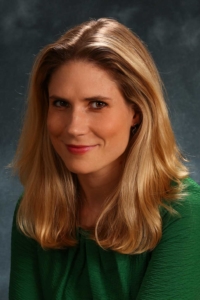 Taryn Sacramone has served as Executive Director of Queens Theatre (QT), a performing arts center located in Flushing Meadows Corona Park, since August 2013. Queens Theatre’s mission is to provide high quality performances and programs that are accessible to the residents of Queens, the most diverse county in the nation. The Theatre presents and produces programs that reflect and celebrate its community. In 2016, Queens Theatre launched, and has since expanded, Theatre For All (TFA), a ground-breaking initiative to advance the inclusion of disabled people in the performing arts. In 2021, Queens Theatre served as the organizing partner for the New York City Artists Corp grant program, which provided 3000 artists with grants which enabled them to provide a community engagement activity, free of cost for the public, across all five boroughs. Taryn is the Chair of the Cultural Institutions Group (CIG) and serves on the Board of Directors of the NYC & Company Foundation, Co-Chairing its Culture & Attractions Committee. She founded and co-leads Culture@3, a daily call started in March 2020, where the leaders of NYC nonprofit cultural institutions connect, share resources, and support each other. Previously, Taryn served as Executive Director of the award-winning Astoria Performing Arts Center (APAC) for eight years, during which the company earned 21 New York Innovative Theatre Award nominations and four awards, as well as the 2012 IT Awards Caffe Cino Fellowship. Under Taryn’s leadership, APAC’s budget increased fourfold, and programming expanded to include education programs for children and seniors. Prior to that, she worked at the Social Science Research Council, a nonprofit, independent research organization. She started there as a Program Assistant for the Program on the Arts and was promoted to Senior Projects Manager.For her positive impact on arts and culture, Taryn has received honors from the New York State Senate, New York State Assembly member Aravella Simotas, U.S. Congresswoman Carolyn Maloney, the Astoria Civic Association, TimesLedger Newspapers, the Astoria Civic Association and the Queens Courier.She graduated Phi Beta Kappa from Kenyon College, with a B.A. in Political Science, and studied abroad at Oxford University.
Scroll to top